If you’re one of the millions of gamers who have fond memories with the Game Boy, then you’ll love Sergio Ingravalle’s book, Pixel Galaxy. It’s a tribute to Nintendo’s Hall of Famer handheld and to pixel graphics in general. 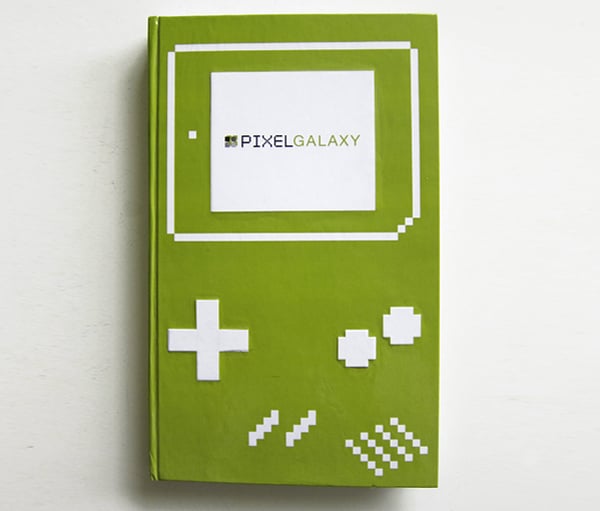 Despite its chunky form and monochrome display, up until today the Game Boy remains the third best selling video game system of all time, topped only by the Nintendo DS and the PlayStation 2. Part of it’s success was because the competition sucked, but more than anything the Game Boy was successful because it had a legendary line up of games, from Tetris to Pokémon. Judging from the shots of the book’s contents, Sergio seems to be well aware of that. 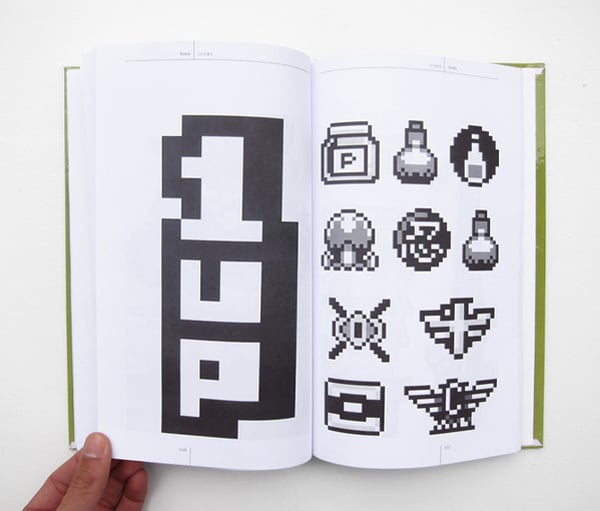 Pixel Galaxy singles out and takes a closer look at some of the Gameboy’s most popular games like Link’s Awakening, Castlevania and Street Fighter II. But I wouldn’t be surprised if he focused on the different kinds of art styles used in the games rather than their gameplay. Not that that would be disappointing. For gamers like me who grew up in the mid-80’s until the early 90’s, 8-bit graphics will always have a special place in our hearts. 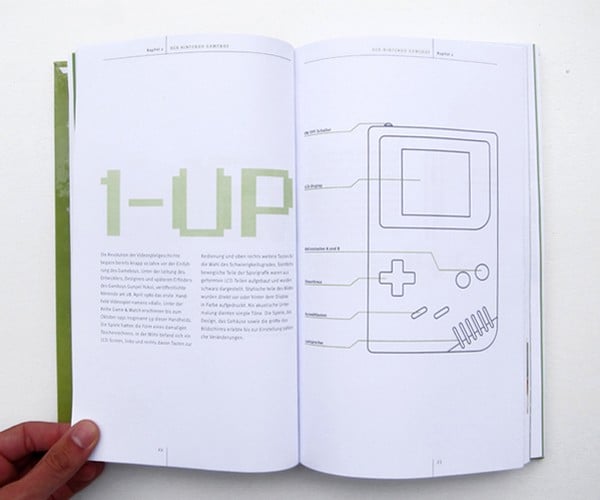 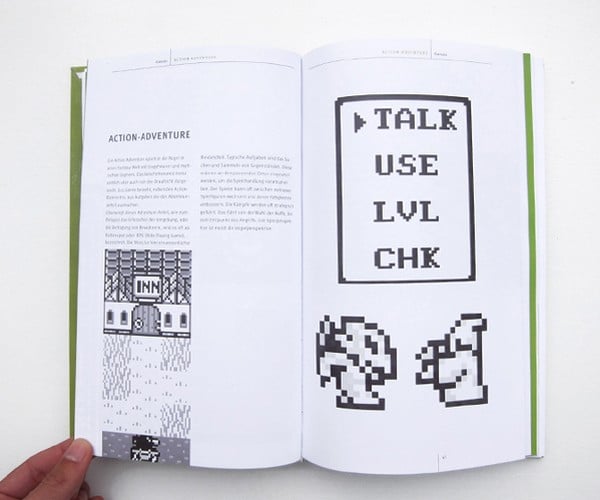 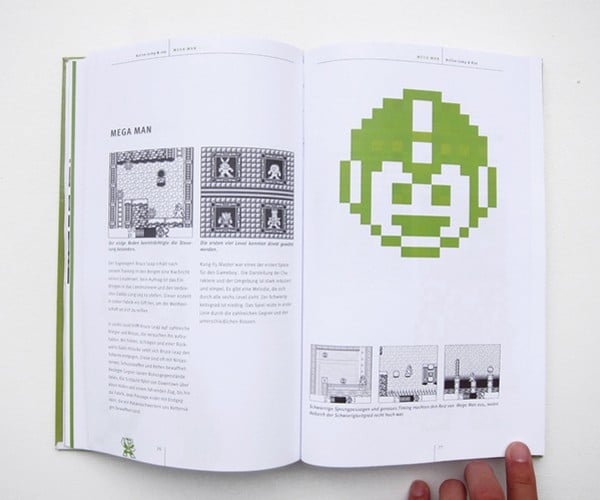 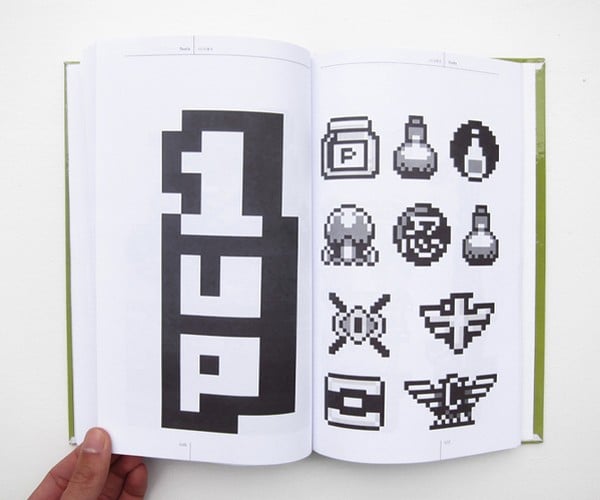 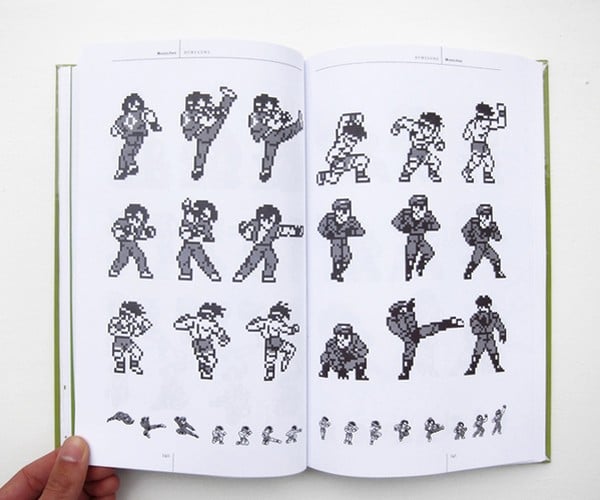 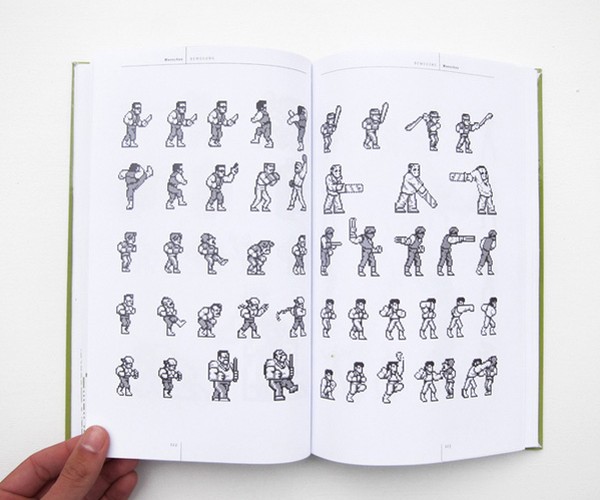 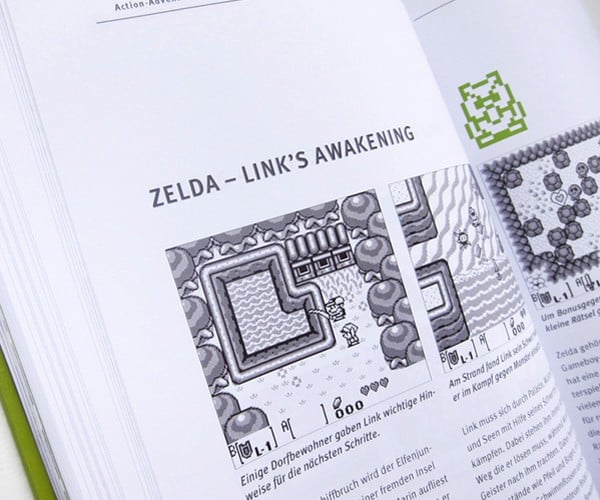 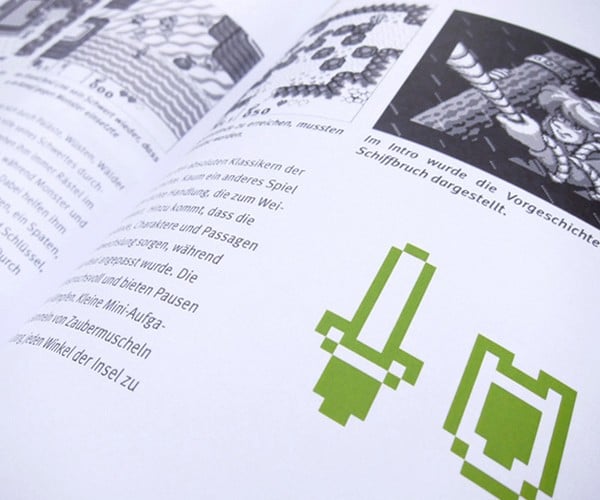 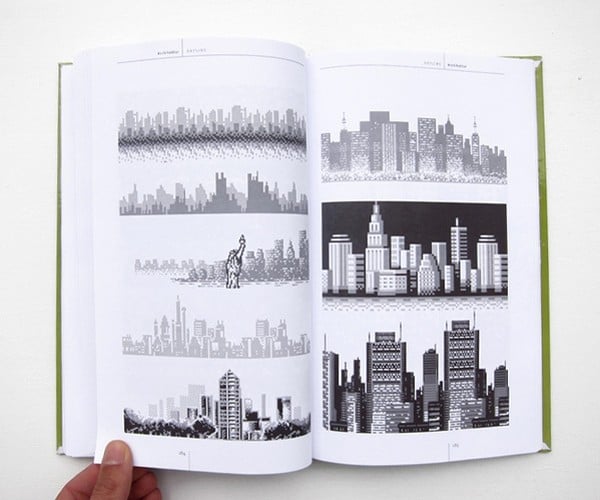 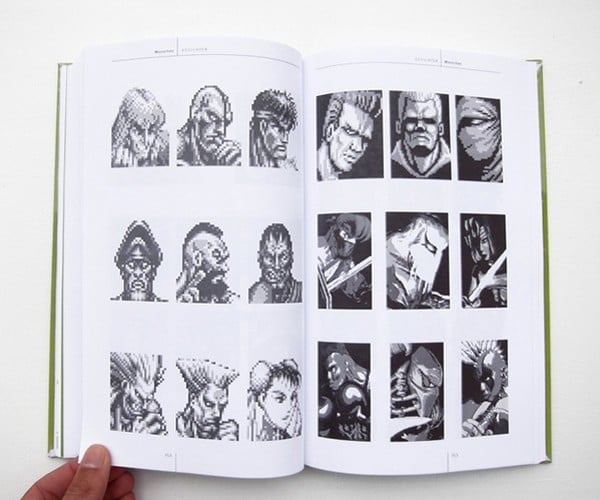 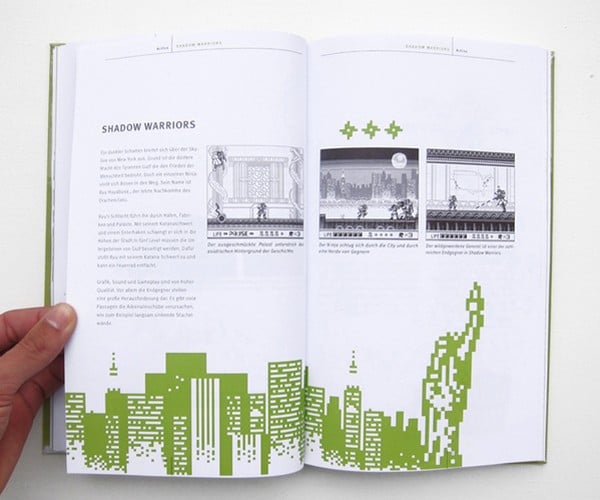 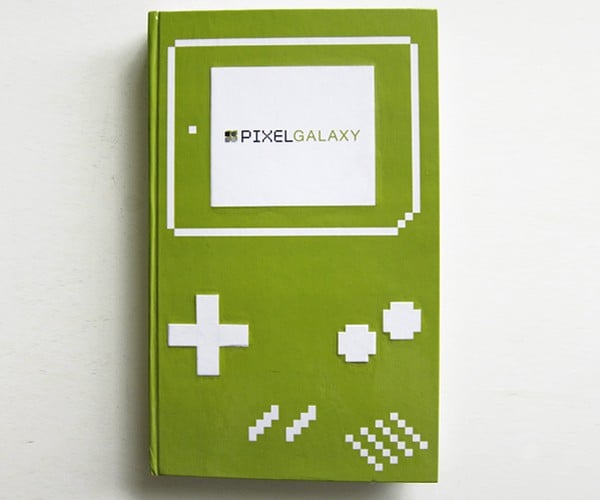 You can find more pictures of Pixel Galaxy in Sergio’s Behance page. Sergio is also currently looking for a publisher for Pixel Galaxy, so if you’d like to help him out spread the word about his book or even better, find him a publisher. Hopefully he’ll thank us by coming up with an English – and Japanese! – translation of the book.