Teenage Mutant Ninja Turtle on the Run After Robbing Wendy’s

You’d think this Teenage Mutant Ninja Turtle would go pull a fast one on a Pizza Hut or something, but he defies everyone’s expectations by hitting on Wendy’s instead. 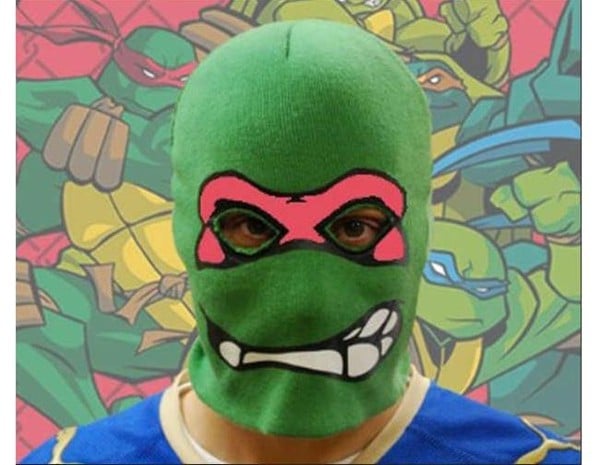 Together with one accomplice, this unidentified man in a TMNT’s mask held up a Wendy’s cashier at gunpoint for the money in the register. The crime happened at the Wendy’s in Rib Mountain, Wisconsin, early Monday morning.

Marathon County detectives have released an image of the type of mask used during the robbery, as you can see above. The TNMT and his accomplice bound the employees’ hands and ankles with duct tape and emptied the registers before running away with the cash.

The Marathon County detectives are still trying to get to the bottom of the case. I doubt Splinter would be happy to hear that one of his students has turned into a petty thief.