If I could freeze whatever I wanted in carbonite, I’d do it, just because it would look cool. Sure, it might be unpleasant for the freezing victim, but Han Solo didn’t seem any worse for wear between Episode V and Episode VI.

That’s why I need to start keeping my business cards in this awesome Han Solo carbonite business card case from Kotobukiya. 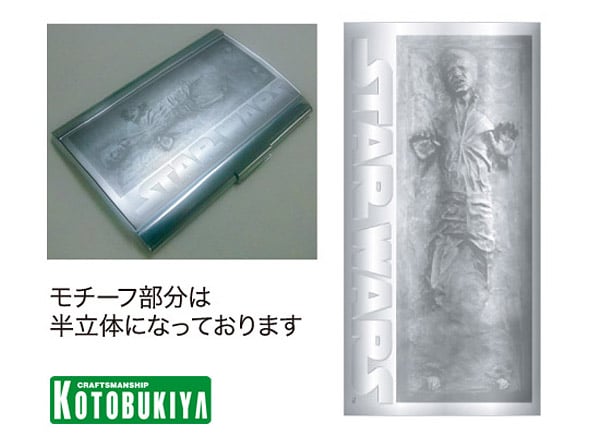 The metal case features the likeness of the frozen Solo on the front, along with a largely unnecessary Star Wars logo. While it is pretty cool (pun intended), it would be ice cold if it did away with the logo and Solo were actually embossed into the case. Maybe some enterprising Etsy artist will get to work on that now.

For now, you’ll have to dig around over in Japan if you want one of these, but while you’re at it you might want to also check out R2-D2’s matching business card case, which really should be painted white and blue – but that’s just me. 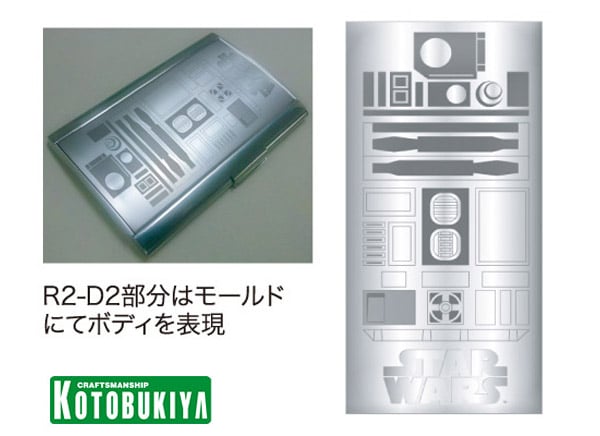