I have long though that it would be awesome to have my own Microsoft Surface 2.0 table in my home. What I have never really thought about was how Microsoft tests the Surface 2.0 device to be sure that it will stand up to the test of time and lots of fingers. It turns out that Microsoft has a robot called Patty that actually does the touch torture tests for Surface 2.0. 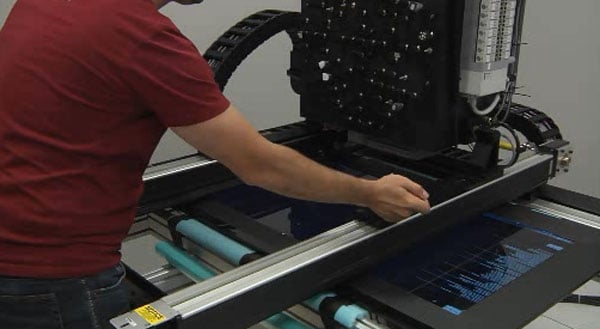 Patty has surfaced for the first time in a video on the Microsoft Surface blog and the bot is interesting. It doesn’t look like a what you might picture as a robot, it’s more a box that has automated touching pistons inside.

Each of the automated touch wands are powered by air. They each have different tips on them to simulate various things that would be placed on the Surface 2.0 table. One simulates a tag that would be on an object. Another tip simulates a finger others simulate blobs of different shapes. They can be activated individually or in unison to simulate multi-touch. You can check out the video of Patty in action here (if you happen to have Silverlight installed on your computer.)