Tree Stump Speaker: Make Like a Tree and Amplify!

Designer Thomas Lænner’s Tree Stump Speakers have a nice organic form, but honestly, there’s nothing  really organic about them; they’re just shaped sort of like the base of a tree. 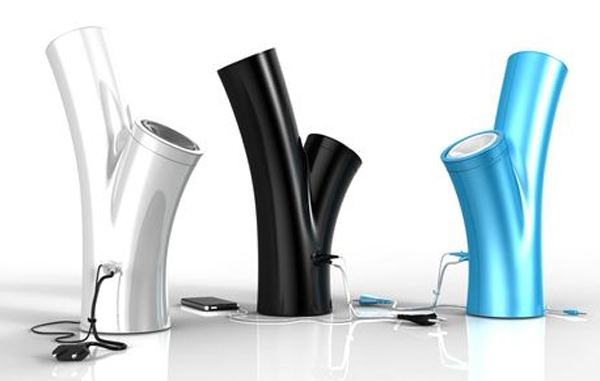 Except for the wires, there aren’t any apparent buttons, knobs or dials because the controls have been hidden so that they’re discreet. You’ll find a circular disk which controls the power and volume. The two speakers themselves feature a diameter of 4″, and they also have an audio jack, allowing you to plug in any media player. 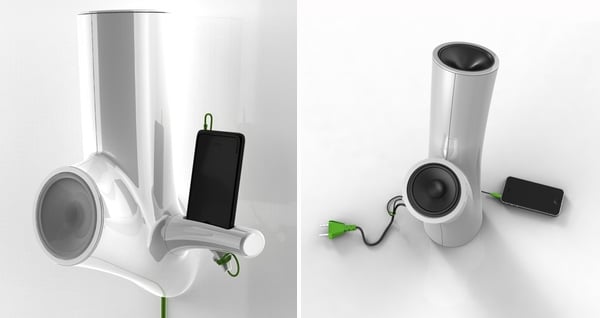 Thomas also designed a wall-mounted version, which allows iPods and iPhones to dock like a bird on a branch. However, at this point, these are only concept designs, and there are no current plans to produce them. 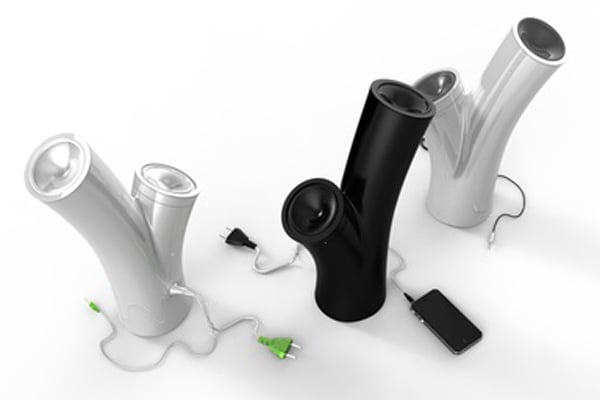