While most of us think of Doctor Who’s TARDIS as a big, blue police box on the outside, I have to say I rather like this reinterpretation of the time and space travel device using mirrors. 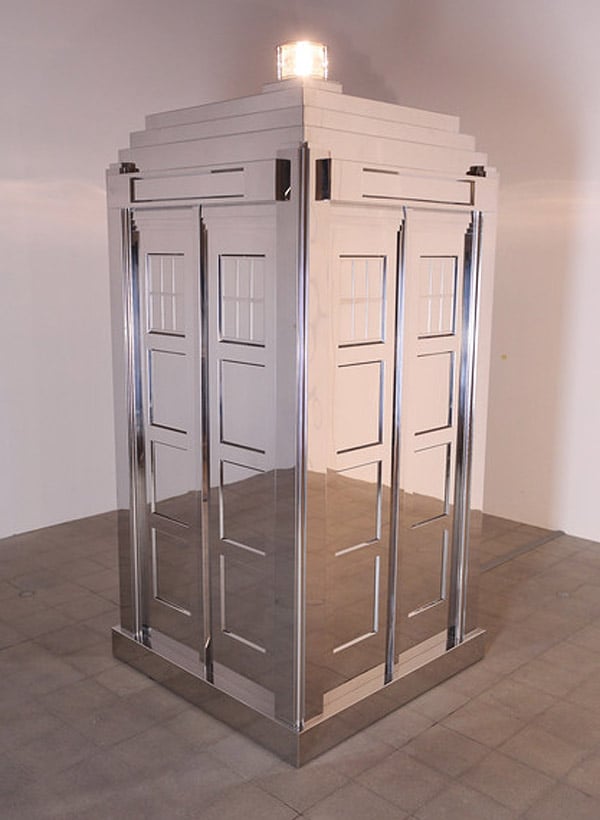 UK artist Mark Wallinger created this awesome object – a special version of the TARDIS which can blend seamlessly into its environment. It certainly would make it a little less conspicuous than the blue one. Thought it does make you wonder if the interior is made up of even larger mirrors – like those ones in Inception. At least that’s how I imagine the inside of this shiny TARDIS. 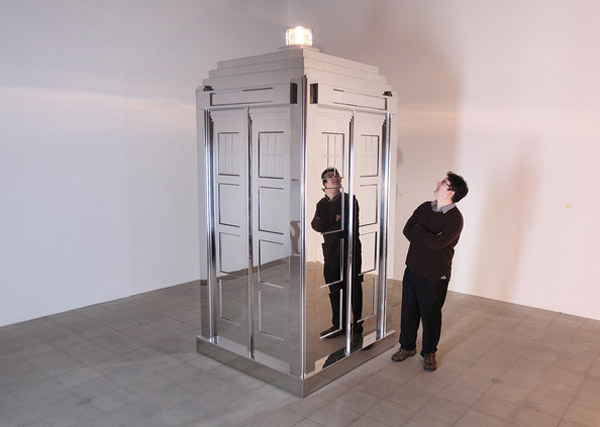 I’m not quite sure where in the universe the mirror TARDIS can be found these days, but it was last seen at an exhibition at London’s Hayward Gallery back in 2009. 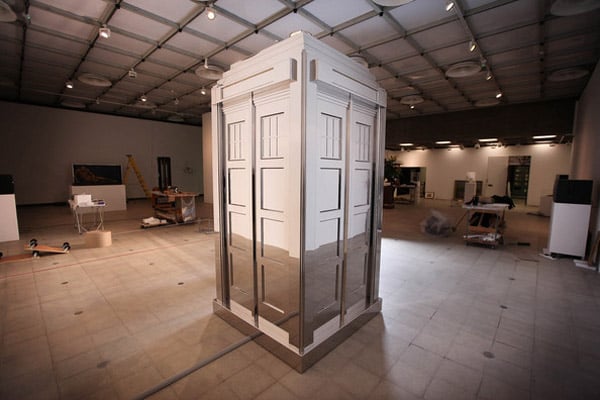 [via How to Be a Retronaut via epicponyz]