DIY Tacit Haptic Glove: Now You Can Be Like Daredevil

Being visually impaired or blind isn’t something easy to deal with, but hopefully with future tech like this haptic glove, it will get easier. While it doesn’t replace a lost sense, it will help out trying to get around obstacles. The Tacit is a wrist-mounted sonar device, that offers haptic feedback for the visually-impaired.

Designed and built by Steve Hoefer, the Tacit glove uses two sonar ping sensors to measure distances around its wearer. The relative distance is then fed back to the user thanks to two servos, which apply pressure to the back of the wrist, helping them avoid obstacles and better judging distances.

The Tacit uses an Arduino pro mini to control the sonar sensors and provide feedback to the servos. The whole thing runs off a 9-volt battery, and is completely self-contained. 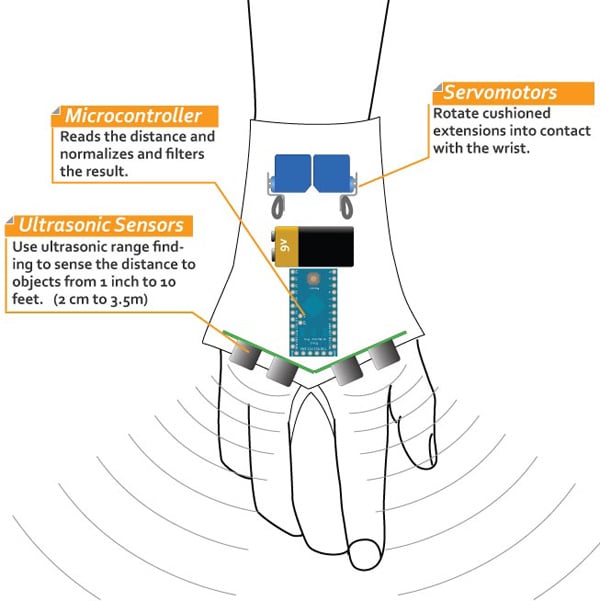 What’s even more impressive is that the Tacit is actually a Creative Commons licensed DIY project. You can actually make one or have it made for you by someone who’s good with electronics. Steve provides a parts list, schematic and source code here. 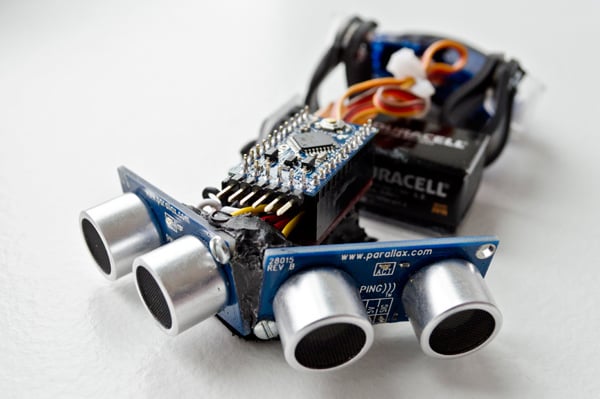