World 1-1 in Super Mario Bros. has to be the most recognizable starting level in video game history. It’s a great level too, from a gameplay standpoint. It has several layers – it serves as a tutorial, but also teaches more advanced tricks and even rewards the persistent (or lucky) player with its secrets. None of which are seen in this stop-motion run through the iconic stage. 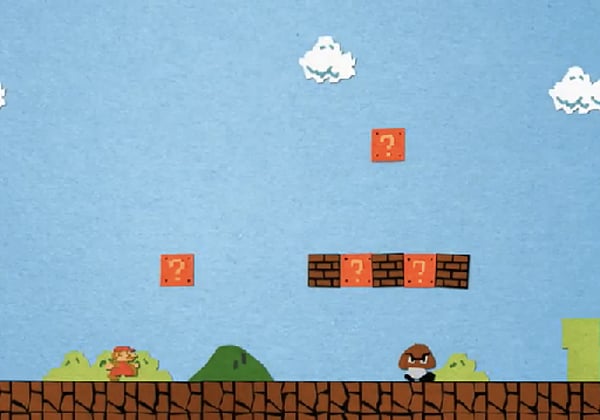 Videographer/Photographer/Motionographer/Virtual Mario noob Jeremiah Warren made this delightful recreation of World 1-1 using After Effects. To make it extra special, he used an orchestra version of the iconic background music. Watch and cringe as he misses goodie after goodie:

Not even the flag? Still, that was fun to watch. Perhaps Warren will have improved his skills in controlling Stop Motion Mario in the next World. Or maybe there is no secret 1-up block in Stop Motion World 1-1. Who knows? I’ve never played it.