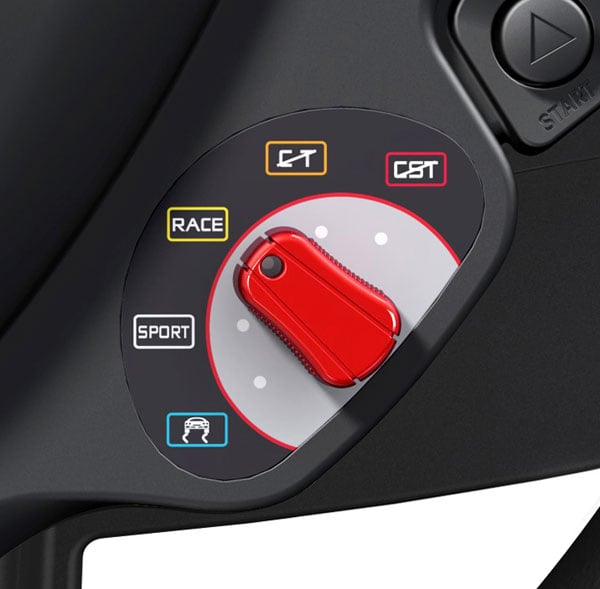 The wheel is 11-inches in diameter and has paddles for gear shifting. It uses an automatic centering system with bungee cords rather than motors and has a brake and gas pedal system as well. The racing wheel will launch this October for $89.99 (USD). 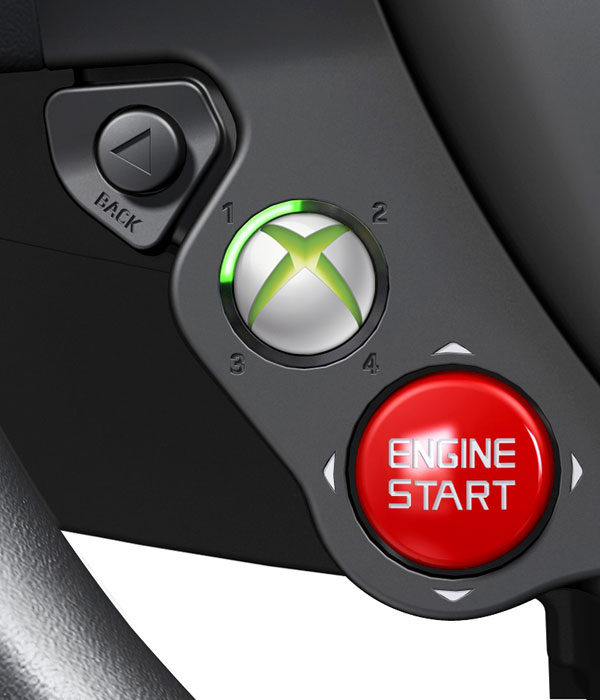