Now that you’ve cleared up your iPhone’s pipes with the iPlunge, it’s time to do a bit of tweaking with the iWrench. If your old iPlunge iPhone stand is already broken or stuck in some iToilet somewhere, then it’s time to replace with something that continues the plumbing theme it drew upon with this stand right here. 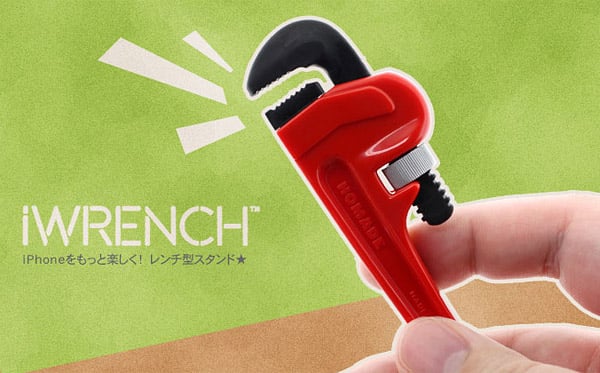 To jog your memory, the iPlunge iPhone stand was comprised of a teeny tiny handle with a red suction on one end. Just plunge it onto the back of your phone and let stand.

The iWrench, however, doesn’t follow in its footsteps. Instead of holding the smartphone up from behind (which, I think, is the more practical way to do it), the iWrench holds your iPhone up by wrenching on to just one side of your phone. 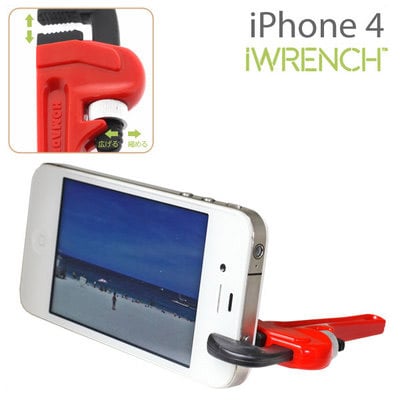 It’s a fun design, no doubt about that. But it just looks a bit unsteady to me, that’s all. But if you want it, you can get it from Strapya World for $8.80.

[via Chip Chick via Nerd Approved]