Criminals and special ops guys will now have something new to tangle with in ventilation ducts. Jetty, the duct-cleaning robot. And though this bot looks and acts harmless, it would be pretty scary running into it inside of a ventilation duct, because it looks like something you’d find in the walls inside of a game like Dead Space. 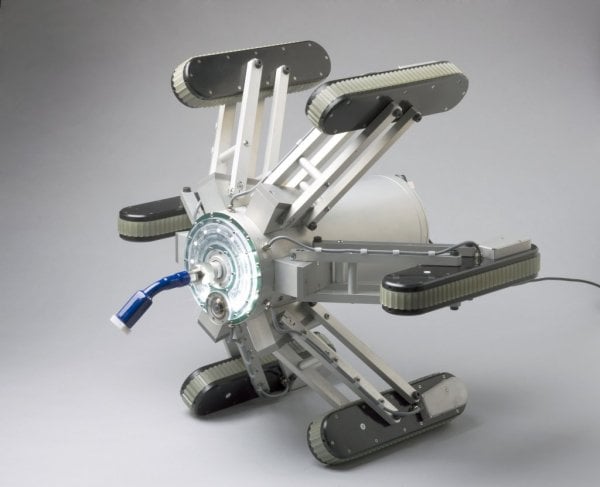 It’s just creepy looking in it’s environment. Jetty comes from researchers at a Czech company called Neovision. It is controlled by a joystick and is equipped with a 1024×768 pixel camera. Power comes from an Ethernet-over-Cat5 cable, so it’s movement is limited by the length of the cable for now.

Jetty is all about cleaning kitchen, industrial, and office ducts. It does so by using dry ice to clean ductwork, while moving using the treads on it’s feet. The dry ice also has the added effect of creating a creepy atmosphere for anyone who might encounter the bot.

I can’t help but hear Elton John’s Benny and the Jets in my head, but now it’s Ja Ja Ja Jetty and the Ducts.