If you were disappointed with Stop Motion Mario’s gameplay, you’ll be even more frustrated with Urban Pac-Man. First off, the video makes no sense. Then again, it’s not like Pac-Man had an award-winning story, so I guess the video is faithful in that way. 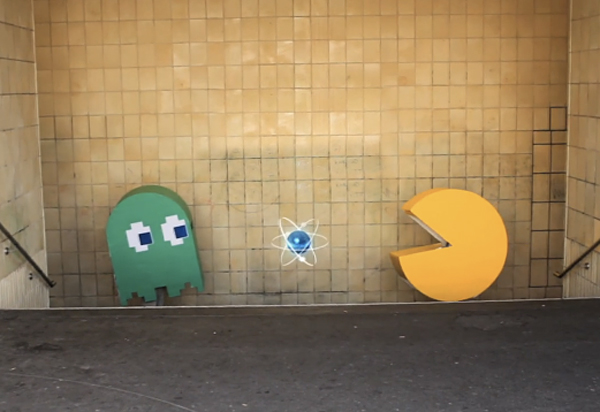 Second, note that Pac-Man only goes up against one of the four ghosts, and does so in an open world instead of a constricting maze. And yet… just watch:

I think that’s the saddest way to lose – when the enemy isn’t even trying. But you have to give it to the video’s creators, Sergej Hein and David Moya, for the special effects on Inky. You’ll barely notice it but it’s a great touch. But as Vimeo member John Veloso pointed out, this Rémi Gaillard classic is still the undisputed champion of real-life Pac-Man videos.