I love the old Alien movies. Even Alien Vs. Predator. This game may not have any Predators in it, but it looks like it still rocks. 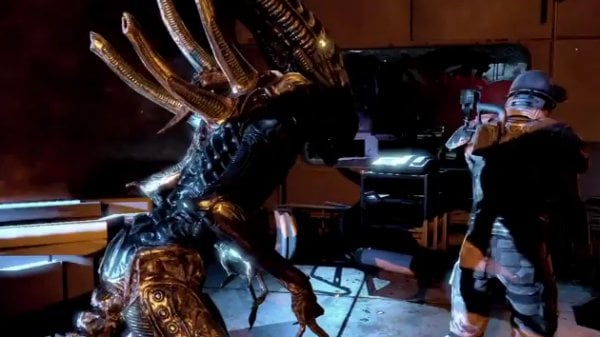 And judging by the trailer below, it has everything that you want in a classic Alien story. If you look close you’ll even notice a mech-suit like the one Ripley wore when she battled the Alien Queen.

No one may hear you scream in space, but you can feel free to scream at the top of your lungs when you play this one in your own home. It looks like they took a lot of cues from the Dead Space games and merged them with the Alien movies. The result is a good looking game that seems to have great atmosphere.

You can expect the game to arrive in 2012. Right now it is still in development by Gearbox Software. It will arrive next year on the Wii U, PC, Nintendo DS, PlayStation 3, and Xbox 360.