The Internet is abuzz once again with rumors of the inevitable iPhone 5. Some say it will have an end-to-end screen, some say it will have a curved glass back, yet others say it will work with both GSM and CDMA networks. This concept takes wishful thinking to the extreme, imagining a phone that’s frankly way too awesome to be released within a year or five. 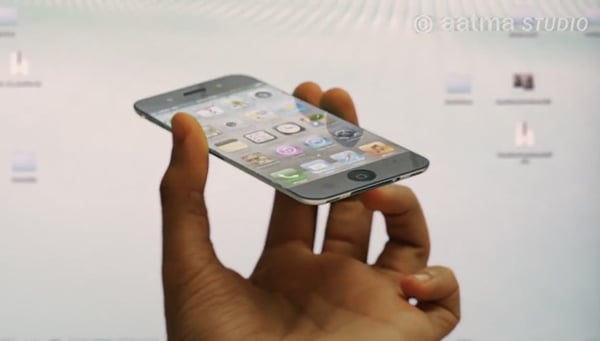 As you can see it is needlessly, freakishly thin. I don’t think even Apple, the company that made the anemic MacBook Air, would want to create a device this skinny, never mind if it’s even possible with today’s technology. Some of you may find it nice to look at, but personally if I had any device this thin I’d be worried about damaging it all the time. But I like the other features that Aatma Studio made up:

The holographic display is really sweet. Combine that with the laser keyboard and this is practically a tablet. I think Aatma Studio made this to ride on Apple’s bandwagon and use it to show off their 3D animation skills. If so, consider it a job well done.