Global warming and climate change are a drag. The effects of such phenomena are clearly prevalent nowadays. I’ve never seen so much rain fall during the supposedly warm months of summer as it did this year where I live. 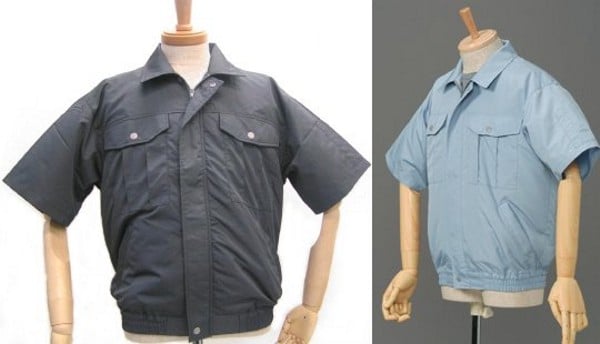 That was one important lesson I learned then. Never before have I seen my boss sweat so profusely and turn a dangerous shade of beet red when he lost his temper. I mean, usually he’d just give everyone a long and boring lecture, but this time, he really blew his top.

And for bosses and people like him, in general, who can’t take the blustering heat in stride, there’s only one solution: the Kuchofuku Air-Conditioned Cooling Work Shirt.

This shirt looks just like any other old shirt on the outside, but its insides are a different story. It’s got two battery-powered fans continuously cooling you down as you go about your day without breaking a sweat.

But who said keeping cool was cheap? This shirt retails for $186 (USD) from Japan Trend Shop, which might be a more than what a lot of people are willing to pay.