If you are the sort that likes to draw or just doodle on your iPad there are apps out there that will turn the tablet into an art pad. The only catch is that if you are serious about your drawing, using your finger isn’t how you want to go. You can’t just draw on the iPad with its capacitive screen though; you need something a bit more specialized.

Ten One Design has just released a new stylus that will work with the iPad and other capacitive screen devices called the Pogo Sketch Pro. This capacitive stylus looks like a paintbrush with a larger rubberized barrel grip that tapers at the end of its aluminum handle. The tips are also replaceable for a long life. 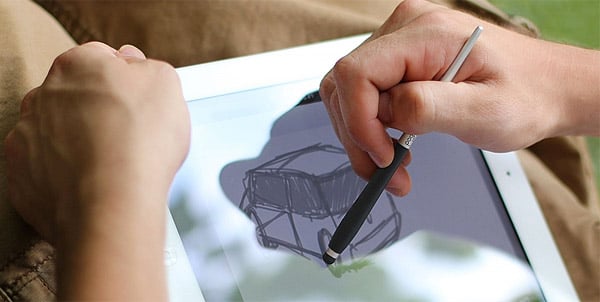 The design of the stylus allows the artist to be accurate and make lines at different angles. I also like that this is the size of a normal paint brush rather than the short and more difficult to handle styluses I have used in the past. The Pogo Sketch Pro is available now, and sells for $24.95 (USD).