Just kidding about Lucas wanting to make some changes as he does with every release of these movies. However the R2-D2 Xbox bundle has been delayed until 2012 because they want to make sure that the Star Wars Kinect game is as good as it can be when it ships. 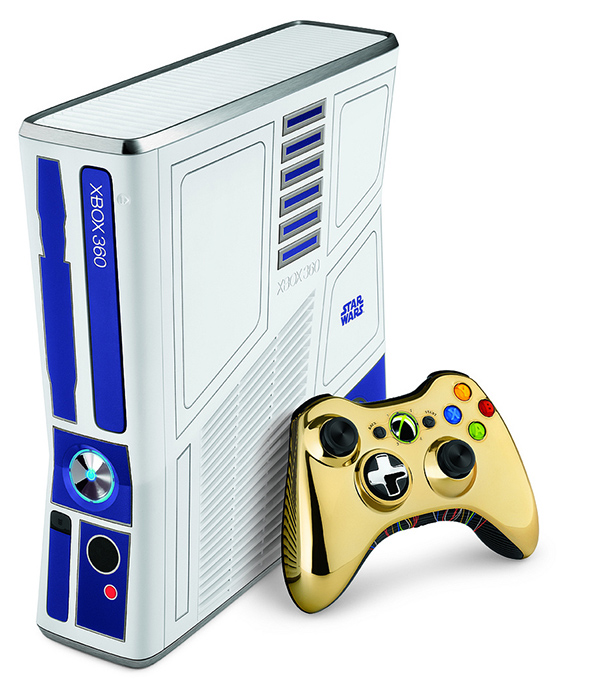 They will tweak some things, polish it all up. So the bad news is that we won’t be getting this awesome bundle come this holiday season, but at least they are taking the time to make sure we have a quality game.

To refresh your memory, this Star Wars special edition Xbox 360 includes a 320GB R2-D2 themed console that features custom sounds and comes with a white Kinect sensor. You also get a C-3PO controller, (It doesn’t talk, thank god!) a wired headset and the Star Wars Kinect game. Aside from that there is also exclusive content and a copy of Kinect Adventures. The system sells for $449 (USD), and despite the delay, Amazon is still listing a December 31, 2011 release date.