Toshiba Smarbo Ready to Take on the Roomba

The robot vacuum wars are now heating up, thanks to humans being too lazy to clean their own floors. And so Toshiba has announced the Smarbo robot vacuum. I hope it is better than it’s name. 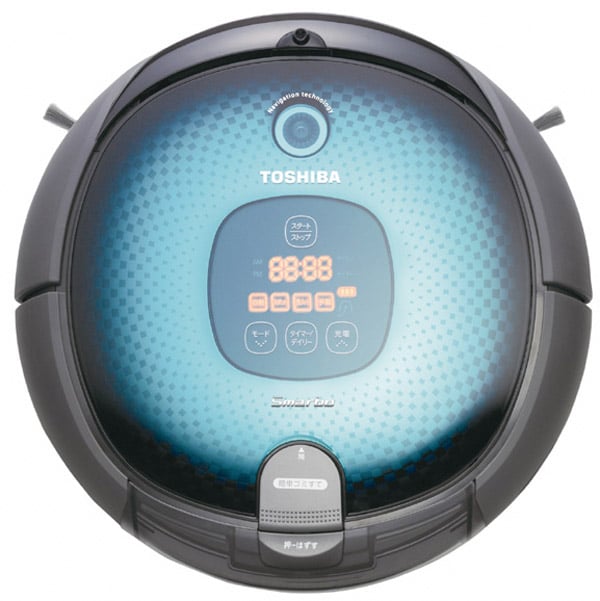 This little cleaning bot has two CPUs, though we don’t know what kind, a camera, and 38 sensors that cover things like gyro, acceleration, range detection and more. According to Toshiba, the Smarbo will clean an area of 100sqm in about 90 minutes. If you are worried about electrical usage you’ll be happy to know that it costs about $0.03 (USD) for a room of that size. That’s dirt cheap for a maid!

Of course it will move around objects just like the Roomba and it can be programmed to do things like concentrate on small areas. So when can we expect this Roomba-killer to hit the market? It should hit Japan on October 1 for a whopping $1,175 (USD), and for that price you also get a remote and the charging station.

The robot war for your floor begins on Oct. 1st.