This new model of the ETRO robot comes with an animated LED faceplate, allowing it to fake simple emotions. The ETRO ‘bot was exhibited at the Daejon National Science Museum where it interacted with visitors. ETRO responded to people using simple phrases and changing its pixelated facial expressions, sort of reminding me of Eve from Wall-E. 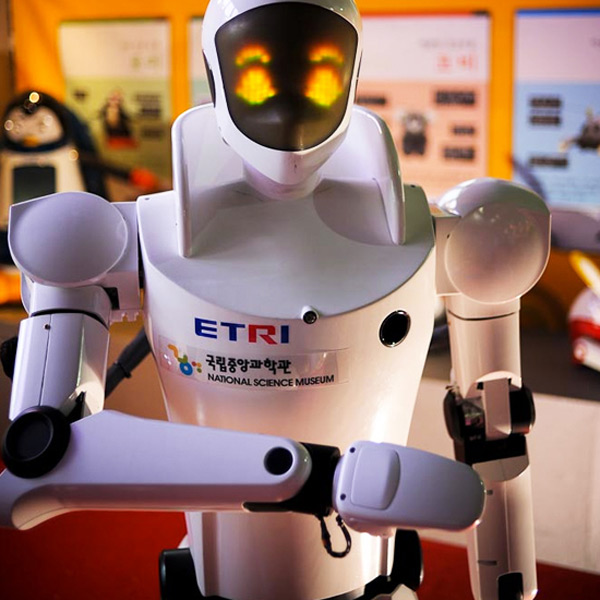 The ETRO robot is made by ETRI, the South Korean Electronics and Telecommunications Research Institute. Compared to previous generations of the ETRO robot, this one has more complex arms and a few different sensors. It’s also able to recognize and process speech thanks to its speech recognition hardware.

The LED faceplate might seem a bit dated, but I wouldn’t wanting anything more on a robot like this. If a robot has a very humanoid face, it gets really creepy, really fast.