The next time Jabba is out kicking it with some hotties and bad guys on his sand barge, I bet he could use this ice cube tray for his cocktails. The tray has a little molds of Han Solo in carbonite molded into it. 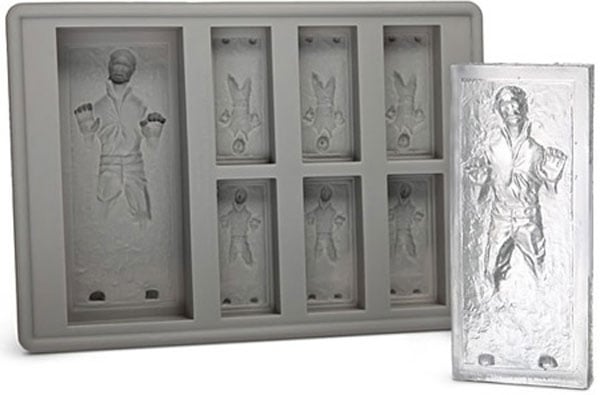 The tray is made from silicone, not those impossible to crack hard plastic sort, and has six smaller carbonite cubes and one large cube. It’s hard to tell what size the cubes are, but I bet the larger one is more for a punchbowl. I think I would put some grape juice in there and make them look black like the film’s carbonite. 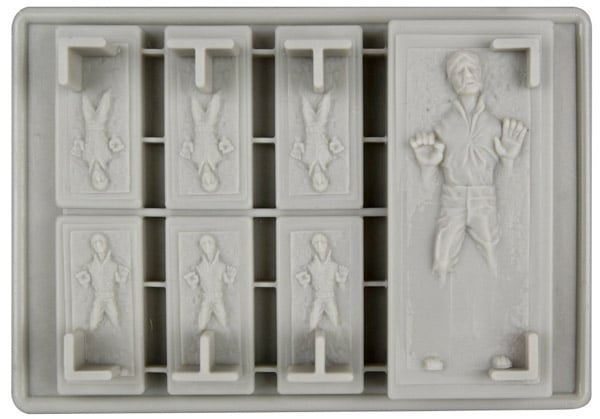 The tray sells for $9.99 (USD) over at Kotobukiya’s website. It is crazy cool though and would be perfect for a Star Wars Blu-ray viewing party or Halloween. I could totally see doing some Jell-O shots out of this thing too. I want one!