We’ve featured an alarm clock that forces you to save money and an alarm clock that destroys money. The SnūzNLūz alarm clock is a nice compromise between those two. It won’t shred your cash, but it won’t store it either. Instead, every time you hit the snooze button, the clock will donate some of your funds to a charity. 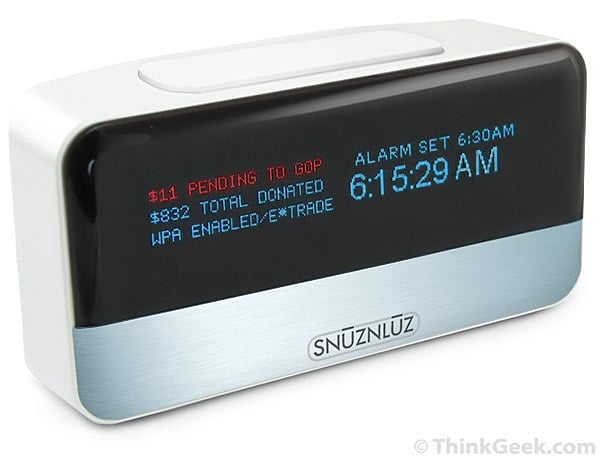 But of course this clock can’t set up the financial side of things on its own. For its threat to actually motivate you to wake up early, you’ll have to connect it to the Internet and use its software to tie your bank account to a charity or non-proft organization, as well as specify the amount per snooze that you’ll lose.

The SnūzNLūz alarm clock sells is listed for $40 (USD) at ThinkGeek, who by the way has a nightmarish suggestion: set up the clock to donate to a cause that you hate. (And yes, I know this was an April Fools joke, but it’s still a great idea.)