Something about the plan to send Google Street View tricycles down rivers in the Amazon jungle and along trails in the rainforests doesn’t sit right with me. Street View of my area covers one major highway. There are hundreds of thousands of people in this area and we get one highway’s worth of coverage. But before they get my entire neighborhood, Street View will be rolling down trails in the Amazon. 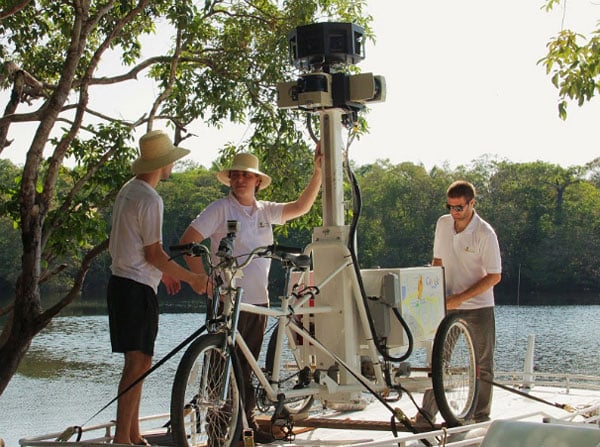 I would not want the job of taking the street view photos down the Amazon and Rio Negro Rivers for anything. The Amazon is notoriously packed with piranha and all sorts of other animals that would like to eat you. In order to get the pics they need, Google will strap the trikes to a boat and then take the boat down about 31 miles of the Rio Negro to start. The trip down the jungle trails and the Amazon will apparently come later. The photos taken by the trikes will be turned into the usual 360-degree panoramas.

The project is a joint operation between the Brazil and US Street View teams, Google Earth Outreach, and the Amazonas Sustainable Foundation.

[via PopSci and BBC via PC World]