Battery technology is moving fast and a lot of research is being put into finding ways to allow the battery to harness power from the environment around it for operation. MicroGen Systems has created just such a battery that is able to create power the vibrations of a car going down the road. That power is then used to operate a small, low-power sensor. 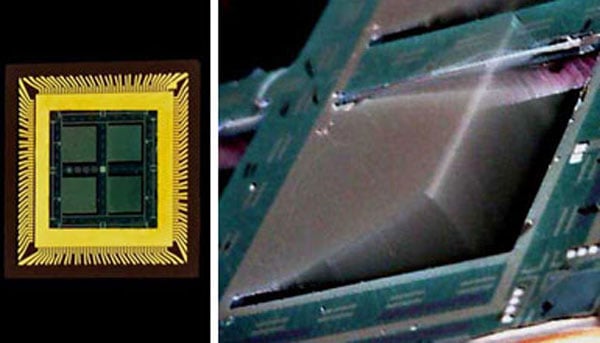 The tiny power generation system uses a vibrating cantilever that is made from a piezoelectric material. The material is able to generate electric potential that is turned into actual electricity to charge a thin-film battery about the size of a postage stamp. The cantilever is able to generate about 200 microwatts of power. The researchers say that 200 microwatts is a usable amount in many applications.

That is enough juice to operate low power sensors like those used to monitor tire pressure in late model automobiles. The technology can be used for lots of other things as well. There is no indication of when the tech might make it to the market.