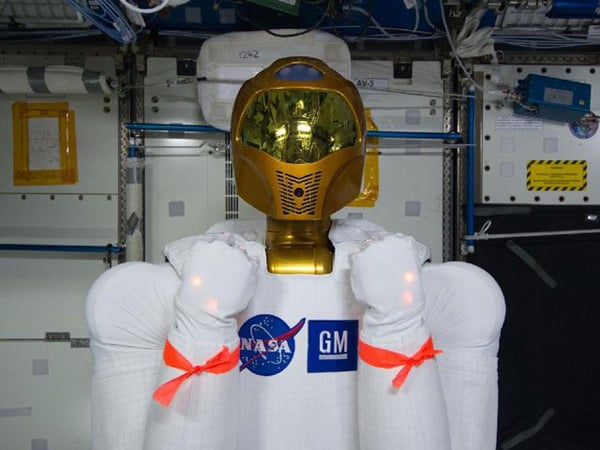 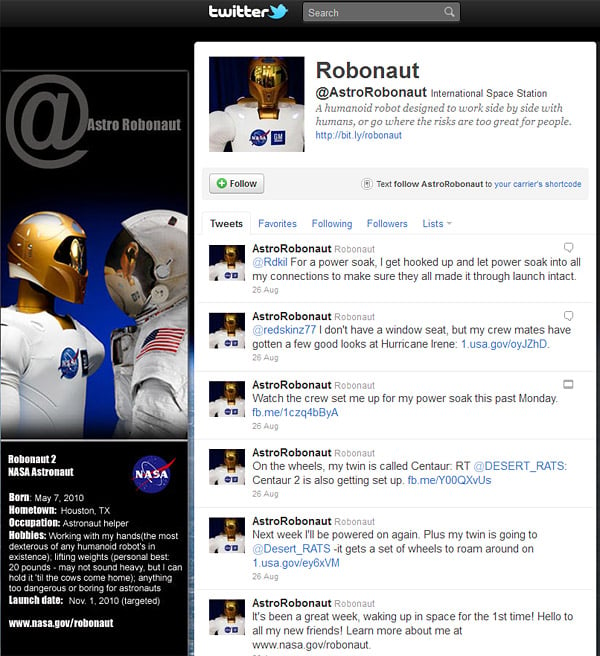 So far, Robonaut has about 49,000 followers and is currently undergoing ‘power soak activity’, which can only mean a recharge. It’s currently locked down in the Destiny laboratory, but hopefully it will go on space walks in the near future.

Japan’s tweeting robot will go into space in 2013 and it will probably tweet in Japanese.