This is one of the strangest stories I have read in a long time. The Amazon River is one of the largest and most treacherous rivers in the world. It’s also stuffed with things that want to eat you if you do get into the water. Scientists studying the region have made now a startling discovery. Sadly, it’s not an underground lost city of gold. However, you can hum the Indiana Jones theme song if you want. 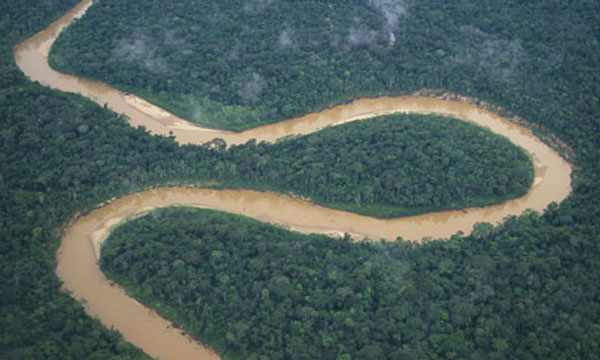 About 4 km underneath the Amazon River, they have discovered a new river that has been dubbed the Rio Hamza after the leader of the team. The river is said to be twice as wide as the Amazon River and just as long.

The Amazon River is 1km to 100km (~.62 to 62 miles) in width. The Rio Hamza is thought to be in the 200km to 400km (~124 to 248 miles) wide range. The underground river is much slower than the Amazon is though. The Amazon can flow as fast as 5 meters per second whereas the Rio Hamza only flows at about a millimeter an hour. The river was discovered using old deep wells abandoned by an oil drilling company in the 70’s and 80’s.