With Apple’s wildly successful iPad, everyone and their brother wants a piece of the now lucrative tablet market. Even the low end of the market wants to get in on the action. Take, for instance, this ridiculous Chinese calculator designed to look (sorta) like an iPad. 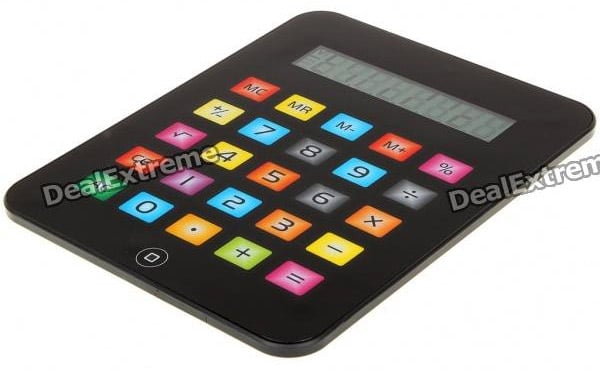 You’ll notice from the pictures that this calculator very much mimics the shape of the iPad, along with a power button that looks like the iPad’s Home button. They even went so far as to make the buttons touch-sensitive. Measuring in at 9.45 in x 7.48 in x 0.47 in, it’s almost exactly the same dimensions as an original iPad, albeit a bit thicker than the iPad 2. At 10.37 oz. it weighs about 1/2 as much though. 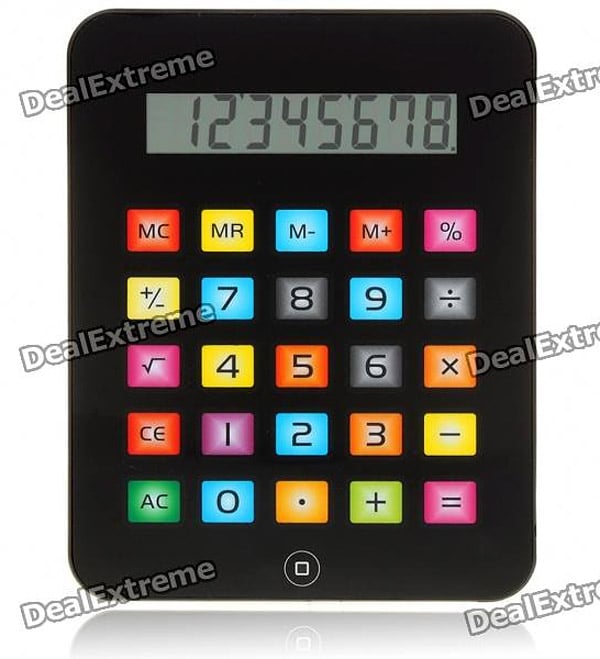 But make no mistake, at just $12.50 (USD), this thing is ONLY a basic 8-digit LCD calculator. It does not run any apps, nor will it ever. So don’t get any funny ideas. If it weren’t obvious enough from the giant watermarks on the images, you can get the iPad-style calculator over at DealExtreme. I wonder if HP will try and make a version, then drop the price to $2 when they realize nobody wants it.