If you are a professional at anything and you are one of the best, you have to buy the hardware and gear to operate at that level. Take Mitchell Feinberg for instance. Feinberg is a high-end photographer who takes shots of all sorts of luxury products like cars, watches, and other stuff that normal folk can’t afford. 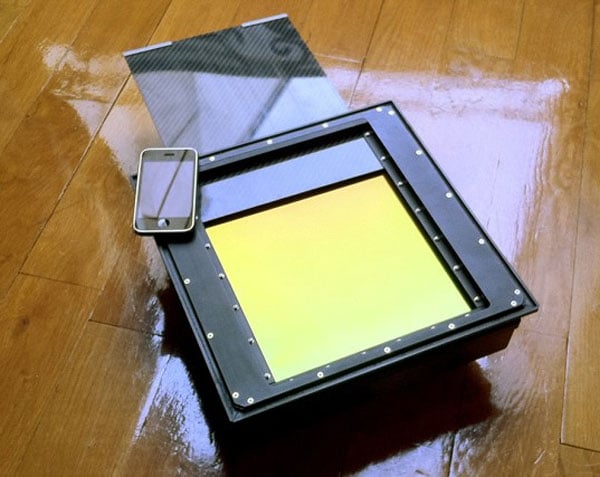 Apparently, Mitchell takes a bunch of test shots with some sort of Polaroid instant camera that spits out 8×10 photos. The photos are used to test the focus and other settings before snapping the official images. Each of those 8×10 test shots costs about $15 and each product needs up to eight test shots.

Feinberg shoots enough products that he spends $50,000 yearly on the instant film alone. Rather than continue with the film, Feinberg took hundreds of thousands of dollars and commissioned the largest image sensor in the land and it is called the Maxback. The sensor has 10MP resolution and shoots 8×10 images. The sensor and a backup along with development is thought to have cost about $500,000, but the true price is unknown. Feinberg did say he could have purchased a nice home with what the sensor cost. That what I call taking your work seriously.