My Little Cyberman-Pony Could Be Doctor Who’s Cutest Enemy

Fresh from Cybus Industries, in a parallel dimension, I present to you Cybus Industries new product for 2011. My Little Cyber-Pony. It’s designed to kill the Doctor with cuteness. 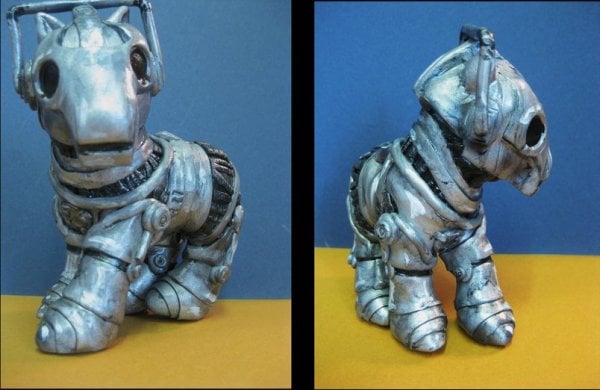 First it will come upon Amy and Rory, who will say, “Ah, isn’t that cute?” Then they will bring it back to the TARDIS, where the Doctor will say, “Kill it. It’s a cyberthing.” But just look at this adorable little cyborg. No one could exterminate this little guy. It doesn’t matter because at that moment the Cyberman fleet attacks Earth. Explosions. Lots of running. Amy in a tight skirt. It all ends with the Doctor destroying every last Cyberman. Then they find this little guy whimpering under the TARDIS console. He is the last of his race. The Doctor has a new companion and a new toy to sell to kids. The end. 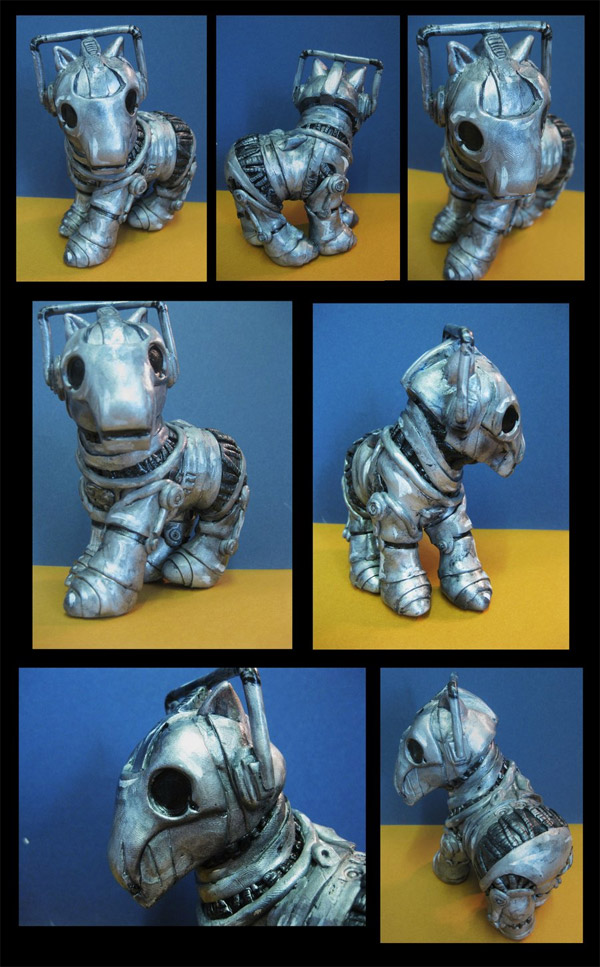 This little guy was created by Kelsey Wailes (better known as EatToast, which is a good idea. Toast is good.) It is the cutest My little Pony mod yet.