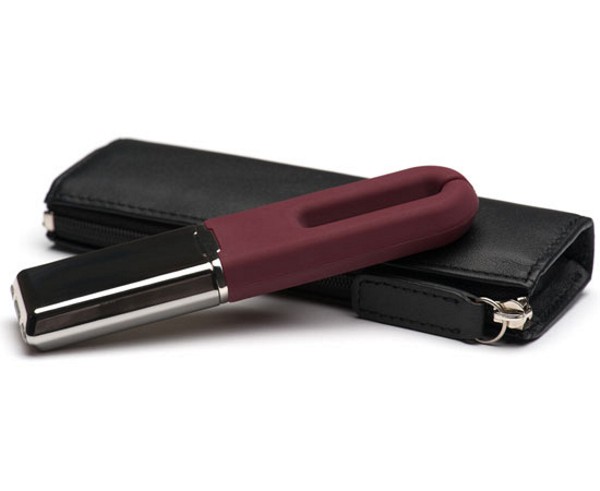 Yep, you read that right. Crave, a small team based in San Francisco, wanted to make vibrators do more than just what they’re supposed to do. So what did they come up with? The little device called Duet which has had the tech world talking.

Gizmodo calls it a “cute little love toy,” while Wired comments that Duet “doesn’t really look like a sex toy at all.” Good for women who like to do their thing on the sly, right?

The Duet will come in three colors and will be available in 8GB and 16GB drives. On its CKIE page, Crave boasts that the compact and discreet size and shape of the Duet will tickle any woman’s fancy and add to its portability. Two motors in the flash drive-slash-vibrator allows the device to run virtually silent, so no one who happens to be passing outside your room (or office door, if you’re into that type of stuff) will suspect what you might be up to behind the closed door.

The Duet will also allow the user to choose from 4 vibration modes and 5 power levels, so she can “personalize” her experience even more. The pledges on CKIE currently amount to around $58,000 as of now with a lot of time to spare before the project closes on the site.