I have seen plenty of videos of the devastation caused by the earthquake in Japan and the resulting tsunami and I still can’t wrap my head around the scope of the disaster. Coupled with the devastation from the natural disaster with the radiation that leaked from the Fukushima nuclear plant and the people in the region of Japan so hard hit have much to worry about. 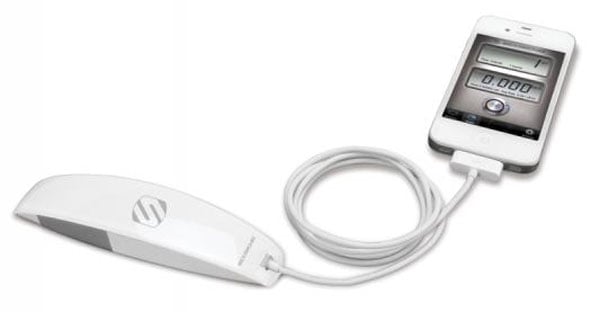 To help keep tabs on their safety, Scosche has a new product called the RDTX pro that is it aiming at people in Japan and other places that want to keep an eye on radiation levels. The device is a small handheld radiation detector that can detect gamma radiation. The sensor attaches to the charge and sync port for the iPhone or iPod Touch, and sends data to an app for viewing. It can also be used as a remote sensor without the iPhone. 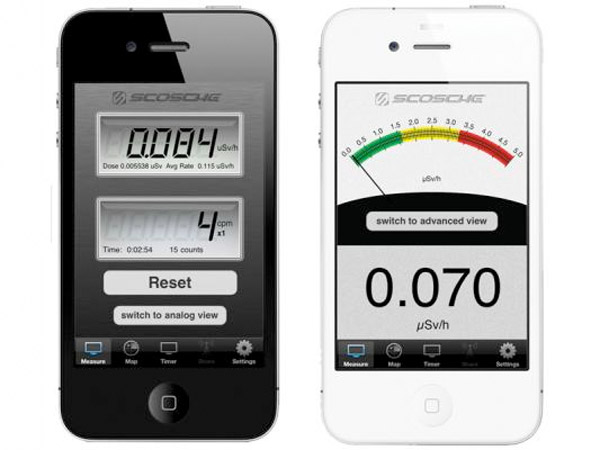 The app offers a single analog looking gauge with green, yellow, and red areas. You can also switch the screen to a detailed meter that will offer the exact reading. The app allows sharing of readings on Facebook as well. The device isn’t shipping just yet, but it will cost $349.99 (USD) when it does ship and $10 of that amount will be donated to relief and clean up efforts in Japan.