You know the old saying, Don’t take any wooden nickels? Well, you shouldn’t get suckered into buying a wooden iPad for $180 either. 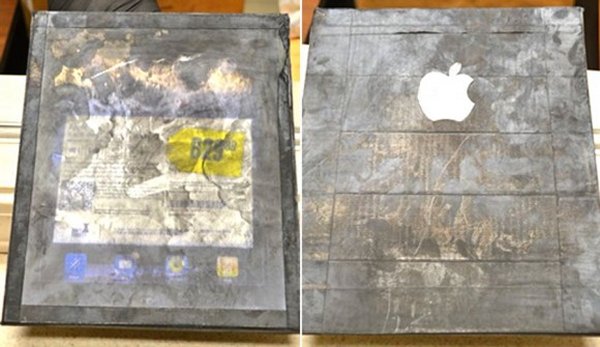 Sometimes I don’t know what is wrong with people. They are so desperate to not pay full price for an i-Gadget that they get ripped off. Take this story for instance.

This 22 year old woman is in a McDonald’s parking lot, when two guys approach her, offering to sell her an iPad, which was in a FedEx box. They wanted $300. Did she ask to see it first before offering money for it? No. Instead, she offered $180 and these guys took her up on the offer.

Well, big surprise, when she opened the box she discovered a piece of wood with black tape around the edges. On the back was a large Apple logo. It even had a fake screen printed on it, with icons and everything.

The moral of this story is simple: Don’t be stupid. All she had to do was ask to have a look. This ended up costing taxpayers some money too, because the police investigated it. They should have just left it alone. Stupid ends up costing us all.

[via The Smoking Gun]