Yep, it’s September, and if you can believe it, Halloween is just around the corner. If you’re looking for a cool costume, and don’t have a lot of time (or the talent) to put one together for yourself, you should definitely check this out.

Even if your name isn’t Wikus Van De Merwe, you could be showing up to your office Halloween party with this… 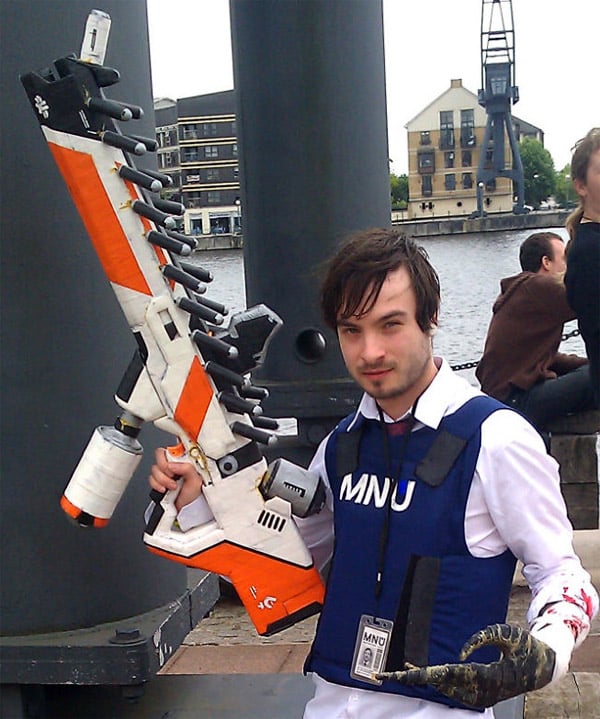 This awesome cosplay Prawn Assault Rifle was made by London’s Perkymunkle Designs, and looks just like the one from the movie (other than the ample supply of duct tape). And now, you can own it, since he’s put it up for sale. 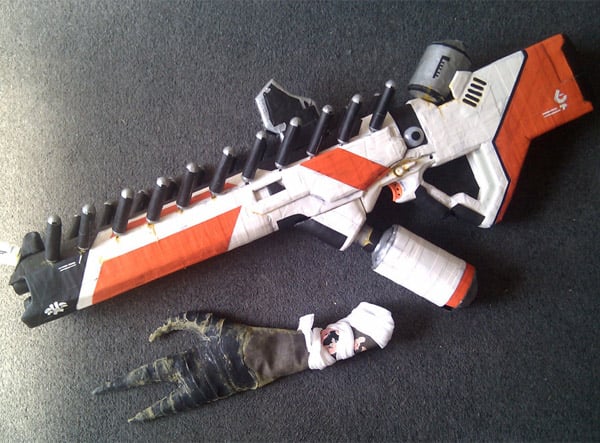 The gun doesn’t just look awesome – it actually fires foam darts, thanks to its humble beginnings as a NERF blaster. It also has LEDs which light up when you pull the trigger – a touch that Munkle fully admits he stole from a different District 9 weapon. Of course, the weapon won’t fire unless you have some Prawn DNA in you, so you’ll want to make sure you get infected with some before you start playing with it.

So what are you waiting for? There’s only one of these for sale, and priced at $250 (USD), I think it’s a steal – given all the labor that must have gone into building it (especially when WETA’s non-functional replica sells for 500 bucks). The auction even includes a matching Prawn hand, although it’ll only fit a “small to medium” sized hand. The only thing not included are the MNU vest and name badge, but you could throw those together without much effort. Shipping is also a bit pricey (at $48 in the UK, $70 worldwide), but this thing is a beast, and needs proper packaging to get it to you safe and sound.

Head on over to Etsy now and grab it now before someone else does.