MarioNYC Map: A Guide to the Apple Empire

I know more about Mario and the Mushroom Kingdom than New York and its citizens, so pardon me if I’m not terribly excited about Jesse Eisemann’s MarioNYC. It’s an animated map of New York City done Super Mario World style, complete with names of places and pixel versions of famous landmarks, like the Apollo Theater, Coney Island and the Empire State Building. 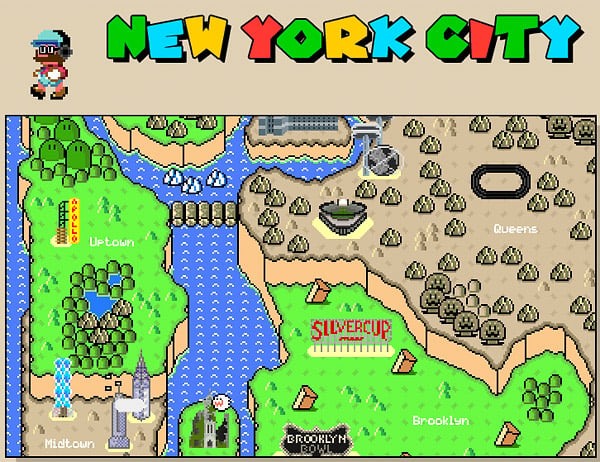 Warp to Jesse’s website to view the full map. Unless you’re from Queens, in which case, well. Look at the picture.

[Gothamist via Flavorwire via Gamefreaks]