A lot of gamers swear by the great fit and button placement of the Xbox 360 controller, so it’s no surprise that a gaming peripheral manufacturer like Speedlink would sell a PC gamepad that looks a lot like the Microsoft console’s controller. What is quite surprising is Speedlink’s follow up: an Xbox 360-style controller for the PS3. 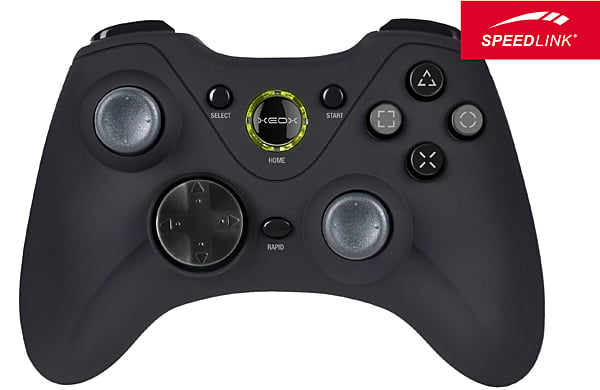 Like its PC predecessor, this yet-to-be-released gamepad is called the Xeox. It’s matte black, has different icons (in different colors) and has a rapid fire button. But as you can clearly see, it not only mimics the Xbox 360 controller for practical reasons but for aesthetics as well. Viewed from arm’s length, the E on the Home button might as well be a B. 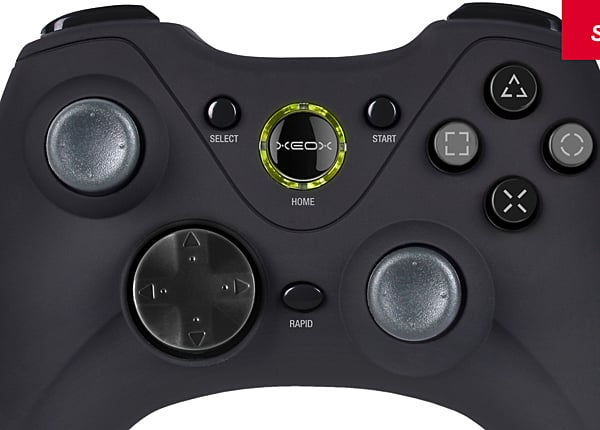 Aside from that cheap gimmick, I think Speedlink’s on to something here. If a gamer prefers the Xbox 360 controller’s size, fit and layout, then by all means, let him enjoy PS3 games with it. Despite it looking like an Xbox fanboy’s gear at first glance, if this takes off it’ll only serve as further rebuttal to the pointless bickering between console loyalists. Not that that kind of drivel needs any sort of dignified response. There are good games on all systems, and if I had the resources I’d certainly own and play on all video game systems.

The Speedlink Xeox Wireless PS3 Gamepad will be available this October for about €34.99 (~$50 USD), although judging by video game economics this will probably debut Stateside at $35. Expect many a well-meaning loved one to buy this for the Xbox 360-owning gamer in their lives.