I remember back in the day when air conditioners were scarce in my household and my sister’s and I would have to rely on our old, trusty electric fans and a bucket of ice to keep cool. Times have changed and we’ve moved on to real air conditioning since then. But seeing this robotic fan makes me think just how much useful it would have been a decade or two ago. 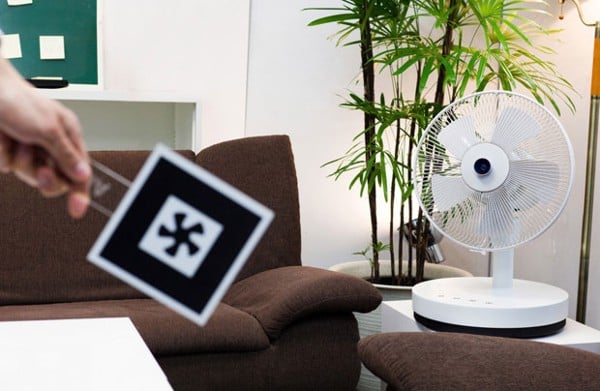 Designed by Keita Watanabe, the AirSketcher (JP) looks just like any other fan, except it’s got a camera in the middle that sweeps over the room it’s in and check where it should face or orient itself. If you want the fan to just focus on one area, then just hold the special flag targets prominently and wait for the fan to sweep around and find it.

Aside from where it should face, the flag targets also contain another symbol on the back that can turn the fan on or off. There’s no need for any remote controls with this fan, which guarantees completely hands-free operation. But this does seem like going through a whole lot of trouble just to come up with a next-generation fan.

[via Japan Trends via Oh Gizmo!]