Xbox 360 Slim Laptop Gets Even Slimmer, Needs to Eat a Sandwich

If you thought your Xbox 360 Slim was skinny, wait until you get a gander at the latest Xbox 360 laptop from James Terry of Dark Uncle Custom Gaming.

Given the fact that a stock Xbox 360 Slim measures over 3-inches thick, I bet you didn’t think an Xbox 360 could get to be under 2 inches thick – with a monitor attached. 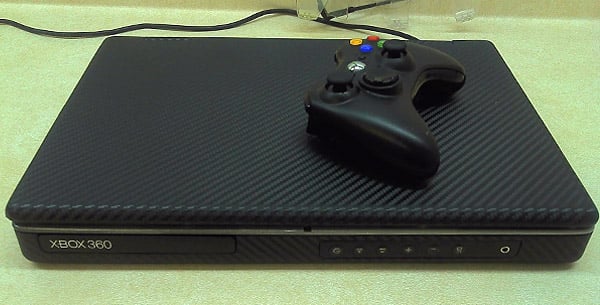 But thanks to some ingenious engineering of a negative air pressure cooling system, there is no fan directly on the CGPU – which really cuts down the height of the system components. Instead, a pair of fans force air out of the sealed case, controlling air flowing over the heat sink. When opened up, you’ll see only a single vent hole, along with small speaker holes and the ring of light power switch. 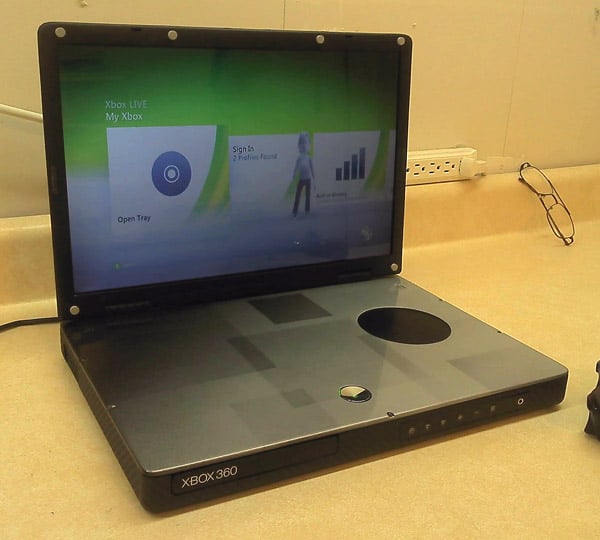 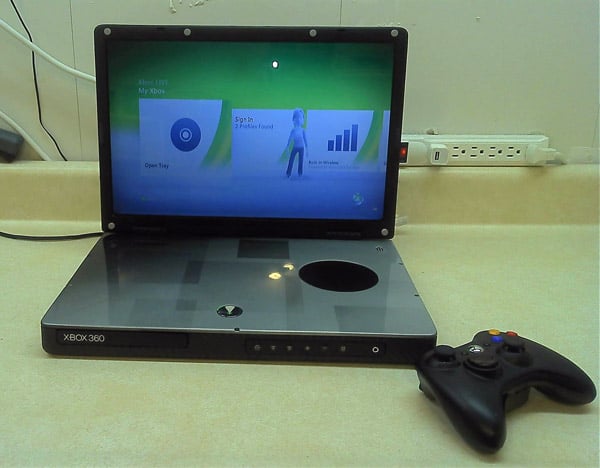 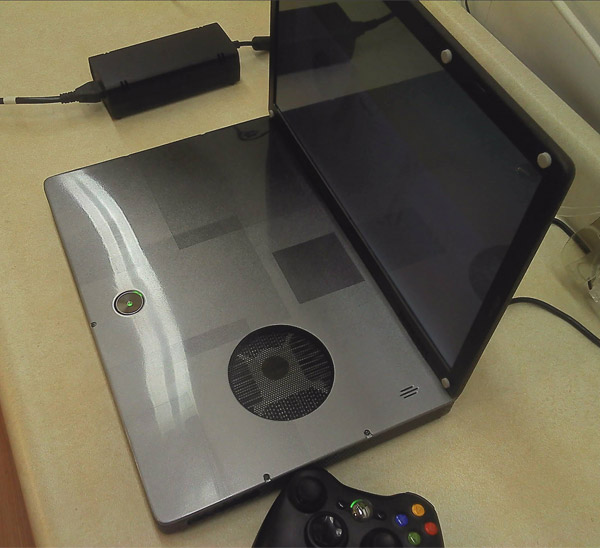 You’ll note that the laptop has intelligently placed controls, all on the front of the system, along with a headphone jack. The portable has left the original Xbox Slim mobo largely intact, although he did have to cut down to just two USB ports and eliminate the IR input. All the A/V outputs are there, as well as the Kinect port. Check out this super-sexy Xbox 360 Slim laptop in the video clip below:

I didn’t realize just how slim the system really is, until I saw it next to the HP laptop in the video below:

If you want to get your hands on this sexy system, you’re in luck – as it’s up for sale on eBay now (with a starting bid of $1650 USD). And if for some reason, you miss out, Dark Uncle is also working on two more units for sale, one with a 17″, and another with a beefy 18.4″ screen. Delivery time for those ones is less than a month, and you can also order them red, blue, white, dark grey or black finishes.