We love LEGO around here, and when you get to build real world stuff out of LEGO, I like it even better. I know nothing of architecture. Out of all the world’s architects, the only name I recognize and associate with specific designs is Frank Lloyd Wright. 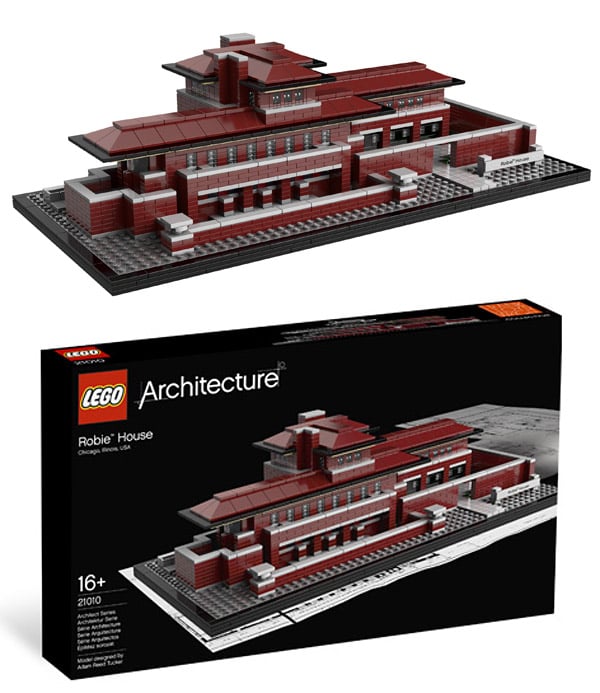 One of Wright’s most famous designs was the Robie House, which is now over a hundred years old. The actual home was one of the first homes to be declared a National Historic Landmark. The home is in Chicago and was designed and constructed for a bicycle and motorcycle manufacturer. LEGO has now immortalized the Robie House in little plastic bricks. 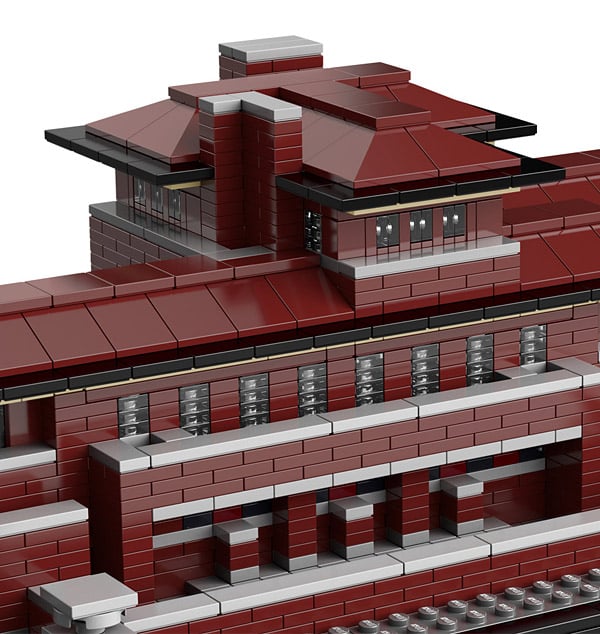 The home is being offered in a giant 2,300 piece kit for about $200 (USD). The house is one of a series of architectural kits LEGO is offering, which include another of Wright’s creations, Fallingwater among other things.