Modern Warfare 3’s multiplayer mode was shown for the first time at the Call of Duty XP event in LA earlier this weekend and so more details have emerged. So what can we expect from it? Well, prepare to be excited. This game is looking good. 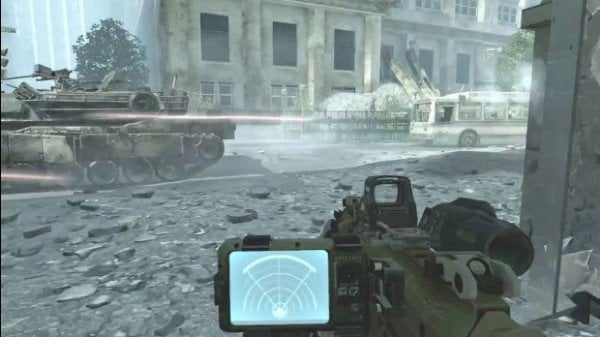 First off, you now have to choose your class of soldier. You can choose Assault, Support or Specialist. The choice that you make will effect how you play, so choose wisely. If you like rushing in and raising hell, choose the Assault class. Support is more team-focused, while Specialist is for expert players or veterans. Your kill-streaks have now been replaced with point-streaks, and any bonuses will depend on your class. For example, Assault gets perks like a remotely controlled laser missile called the Reaper, while the Support class has perks that are good for the whole team like a Ballistic vest after 5 kills. I like the possibilities here.

Two new games modes include: Kill Confirmed and Team Defender. In Kill Confirmed, you kill the other team members and collect their dog tags to confirm the kill. You’ve seen that one in countless war movies. At least it isn’t collecting ears. Team Defender is just a version of capture the flag.

So this game is already sounding very promising. Hopefully we will have more details very soon.