Matt Leggett has designed a jacket that gives him a rough estimate of his blood alcohol level. He just looks at the amount of vomit on it and he gets a very very very rough idea of how smashed he is. Just kidding. Matt’s much smarter than that, and so is his jacket. Breathe into the sensor at the collar, and the LEDs on the arm light up to indicate the wearer’s degree of inebriation. 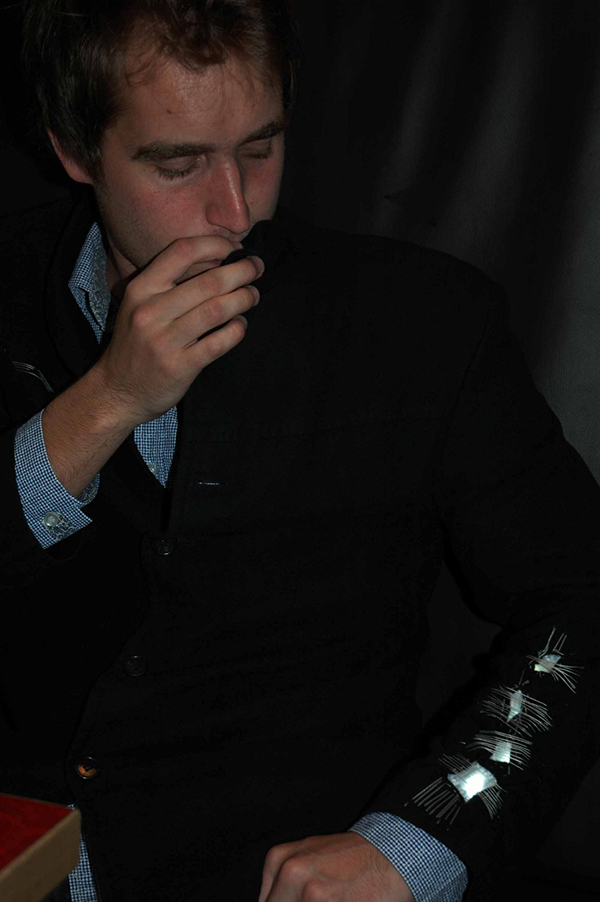 Fashionable concept, but it would’ve been a lot better if it physically restrained you from drinking or driving – or moving – once you lit up all LEDs, and won’t let you go until your breath can only light up one or two of the lights.

[via Cargo Collective via Fashioning Tech]