Remember those plasma ball things you used to play with when killing time at The Sharper Image back in the 1990s? You know, the ones that shot bolts of electricity towards your fingertips when you touched the glass on the outside? How about a wristwatch that could do the same thing? 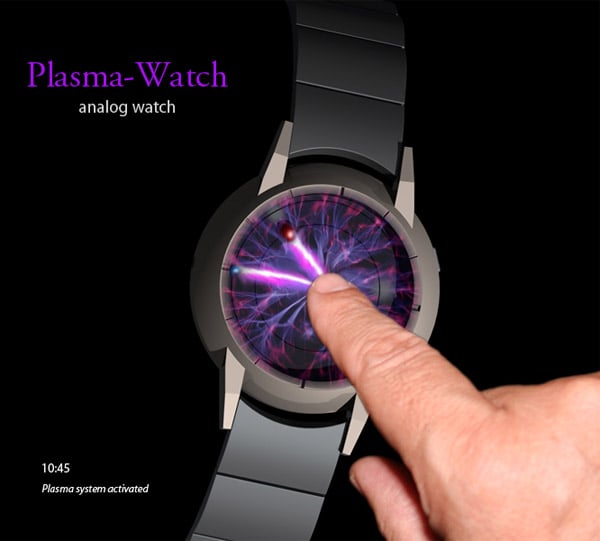 A designer going simply by the name of Patrick has come up with this concept for a watch that tells time using the same sort of colorful sparks you get in those Tesla-coil inspired plasma balls. 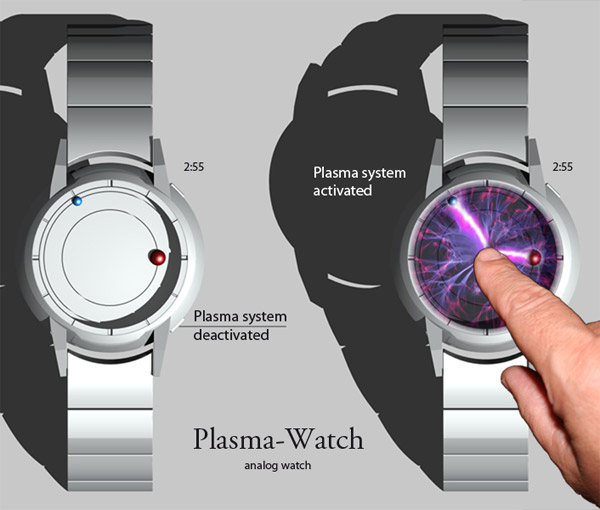 The way it would work is that two tiny electrodes would rotate slowly around the perimeter of the watch – one for hours, the other for minutes – and then when you touch your finger to the center of the watch face, sparks would shoot between your fingertip and the two electrodes and through a bubble of Argon gas to display the time. Pretty cool, eh? The other cool thing about this design is that you can still read the time even when the plasma isn’t activated – which should save on power. 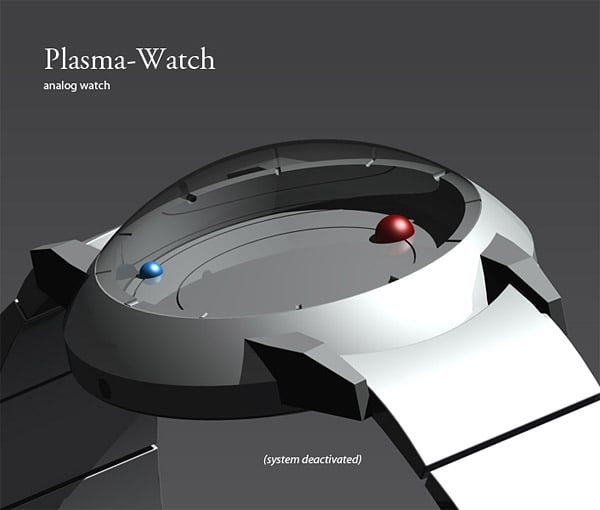 At this point the plasma watch is only a concept. I’m actually not sure if it’s even physically possible to pack the necessary electronics and transformer onto your wrist to pull this off. Regardless, if you like the design, head over to the TokyoFlash design blog and cast your vote if you want to see it produced. For now, you could always just strap one of these to your wrist.