BMW to Use Frickin’ Lasers for Headlights

There still aren’t that many cars on the road that are using LEDs for headlights though LED taillights are common today. BMW doesn’t care that LED headlights are still uncommon. It has been using them for a while now and is looking to the next thing in automotive lighting. The automaker is now working on using lasers as the light source for headlamps. 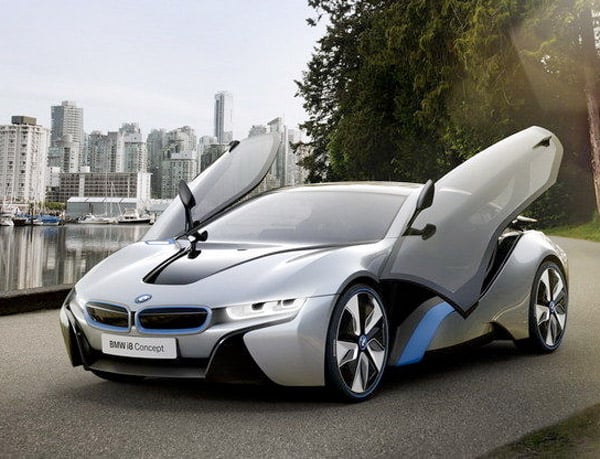 BMW says that the laser is the next logical step in vehicle lighting. When you say “laser,” I think of the lasers like Wicked Lasers sells that can blind you and destroy orbiting satellites. That is not what BMW has in mind though. The light created by BMW’s laser headlights would not be harmful to people or animals and would not blind oncoming drivers.

The light would be converted first so that it is suitable for road use. BMW says that an LED can create 100 lumens of light per watt while a laser could produce 170 lumens per watt. However, since lasers can produce nearly parallel beams of light, they could be as much as a thousand times brighter than the LEDs used today.

The first car to showcase the technology will be the BMW i8 concept. However, BMW is working on commercializing laser diode technology now, and it could see production in a few years time.