LEGO is the geekiest building material on the planet I think. People use the little bricks to make all sorts of awesome projects. The latest LEGO project that I have come across is massive. Artist Sean Kenney has constructed one of the most accurate LEGO buildings I’ve ever seen. 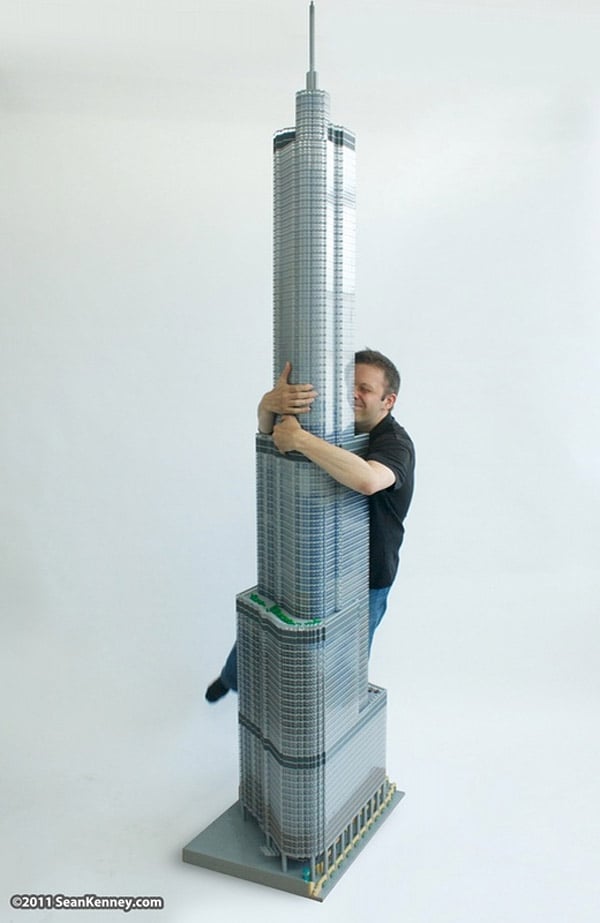 Using LEGO bricks, Kenney has built a 10-foot tall replica of Chicago’s Trump International Hotel and Tower. The project used 65,000 LEGO pieces and has one of the coolest exteriors I have seen in a LEGO project. The real building has shiny reflective glass that shows the skyline around the building. 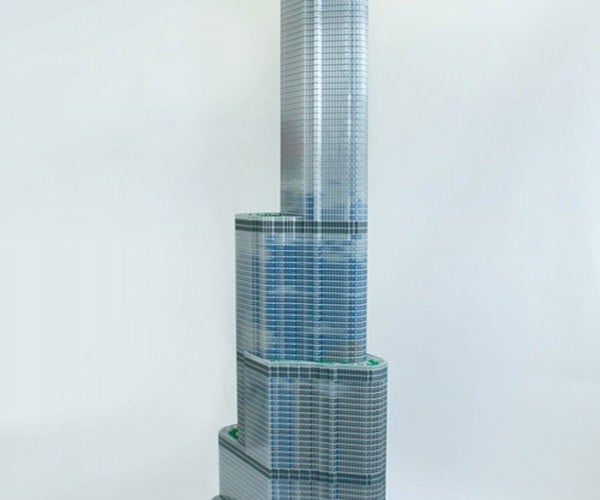 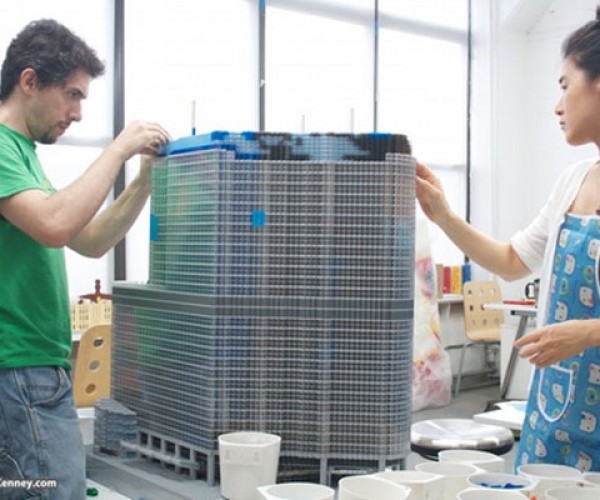 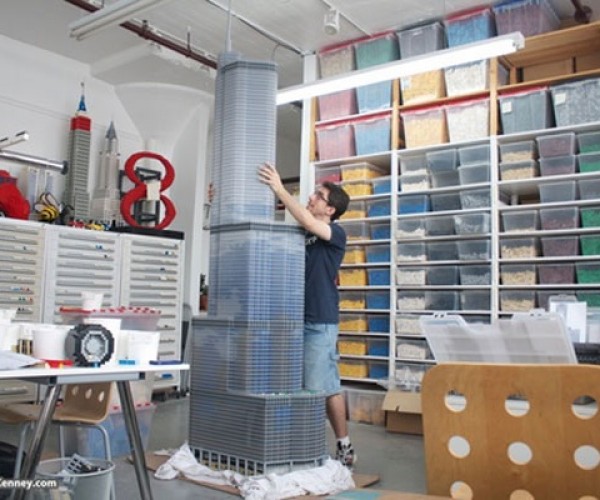 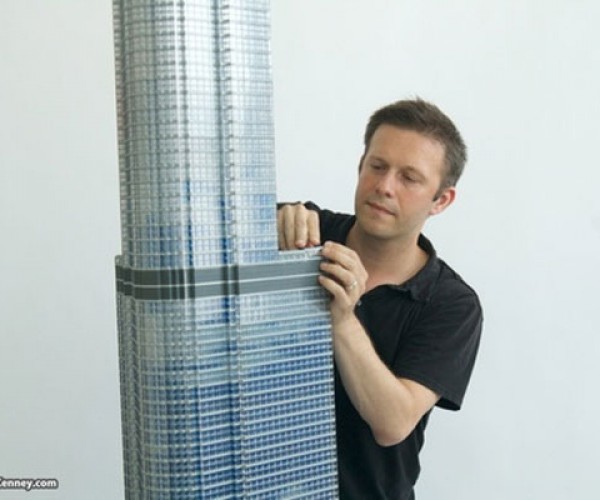 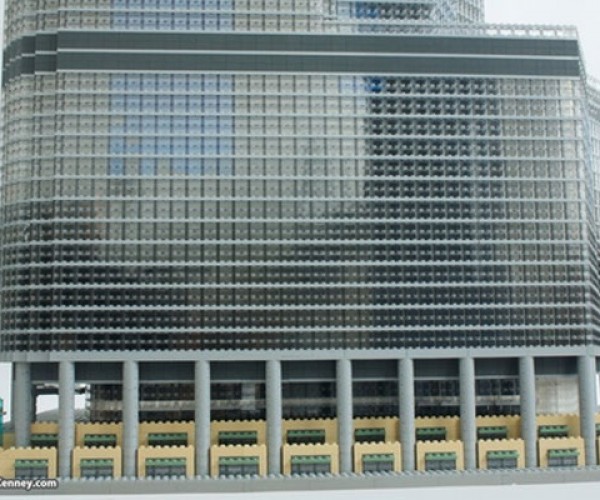 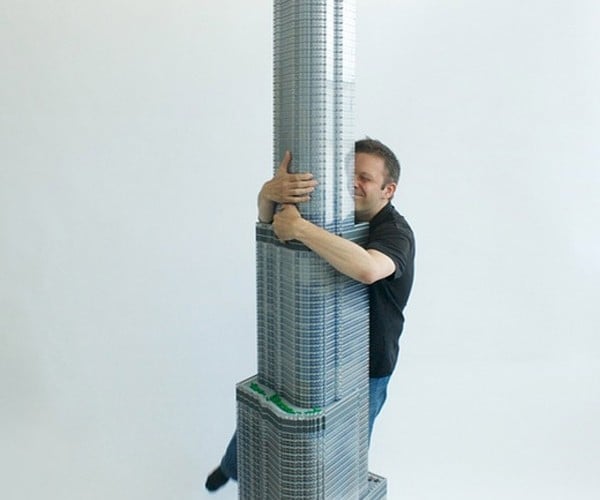 Since they couldn’t use mirrored bricks, the artist and his team used colored bricks to build the skyline along with sky and clouds onto the exterior of the building. One of the things I like most is that Kenney also has pics of the build process over on MOC Pages showing how the inside is made to support all that weight. This building and two more are on permanent display at the Chicago LEGO Store. The project took a month of full-time work with the artist and assistants.