PIGORASS 4-Legged Robot Jumps and Gallops on Its Own

Walking is hard enough for robots, but check out this ‘bot that can do so on four legs. He might become your future dog, if all goes according to plan for its Japanese inventors. 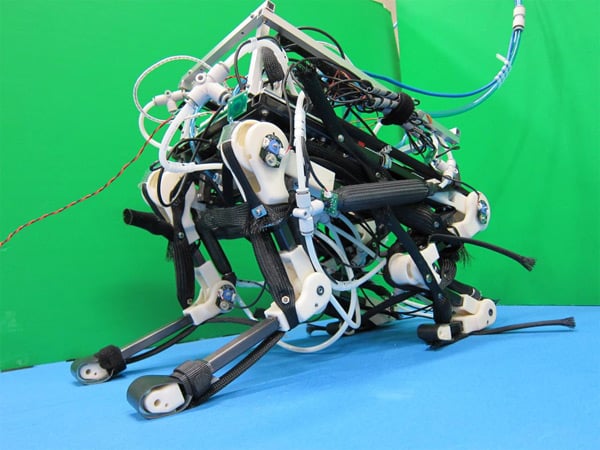 This robot was developed by Yasunori Yamada from the University of Tokyo, and the quadruped robot can jump, walk, and gallop (sort of). Yamada-san is studying for his Master’s, and I have to say that his PIGORASS robot is pretty impressive. The ‘bot has got a simulated neural system, which means that you don’t have to program every eventuality into it. The artificial pneumatic muscles do the job.

I just wonder when I’ll have a fully functioning robot dog that can go walkies on its own.