Best of Both Worlds: Modder Crams PS3 and Xbox 360 into Same Box

There used to be a time when people would only have one video game console, and you’d have “Nintendo” fans and “Sega” fanatics, but gamers now tend to have more than one gaming console to take care of their needs. You’ll find PS3s, with Wiis, and Xbox 360s, it doesn’t matter much. Now, it looks like a modder managed to cram a PS3 and an Xbox 360 into the same box. I just wonder how hot this box will get. 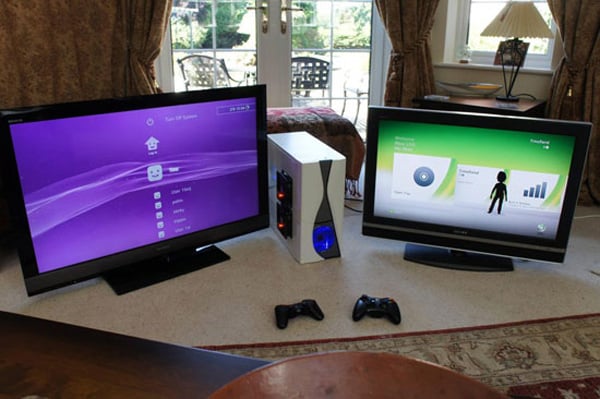 Reddit reader Timofiend solved his problem of having to manage multiple consoles by popping them into a single PC case. For now, both consoles can run simultaneously, and he hasn’t had any problems. He decided not to use liquid cooling because of the cost, but I think that he’ll eventually need it because those consoles tend to generate a lot of heat. 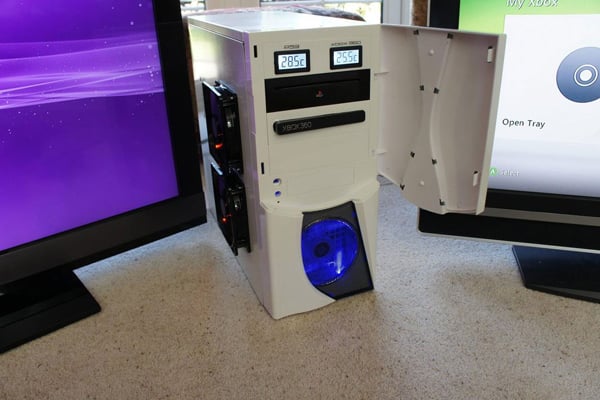 Some people have complained that he just put two consoles into a PC box, and that was the extent of his mod. No matter what you think, it’s still a cool hack. Now, let’s just wait for Ben Heck to make a custom box for it and we’d be in business. 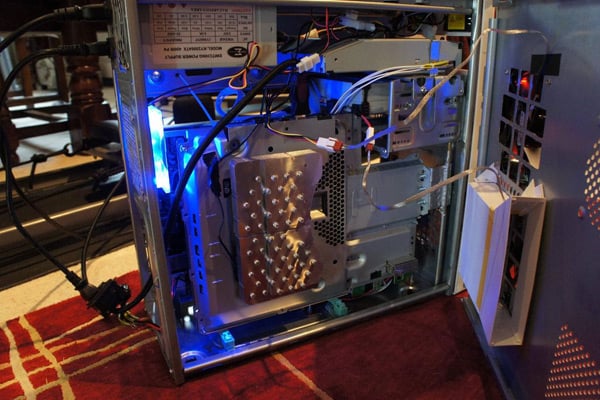