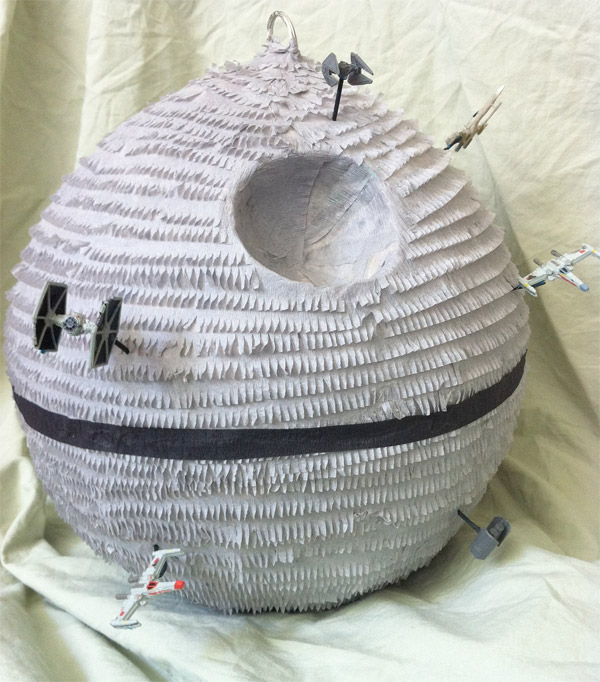 It was made by Outofthisworldpinata, the same guys who made the equally awesome TIE Fighter piñata, but not the same guys who made the Darth Vader piñata before it. What was that I was saying about Star Wars and piñatas before? Maybe it’s just the Sith and piñatas. With all the recent changes in the upcoming Blu-ray collection, I’m betting it won’t be long before we see a George Lucas piñata too.

One thing to keep in mind with the Death Star piñata is that it exhaust port is a much easier target than the one that Luke had to aim for. You won’t need The Force to find this weak spot: 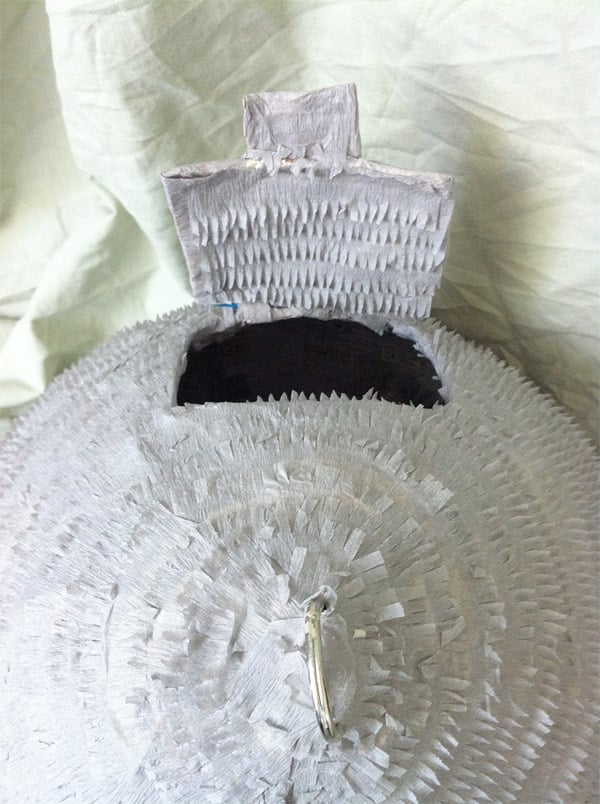 Or you could just beat the whole thing to a pulp with a baseball bat (or lightsaber if you have one) and watch the (((evil))) candy come spilling out onto the floor. Of course, you’re best off filling it with dark chocolate, natch. If you want the Death Star piñata for your next party, just head on over to Etsy where you can snag it for 40 bucks.