I’ve found my favorite alarm clock! Created by software engineer/hardware designer/part-time MacGyver Michael Krumpus, the defusable clock works just like the bombs in movies. You can stop it’s alarm within 10 seconds… if you cut the right wire. Quick, Pete! Hand me that swiss knife, WordPress and a picture of the Defusable Clock! 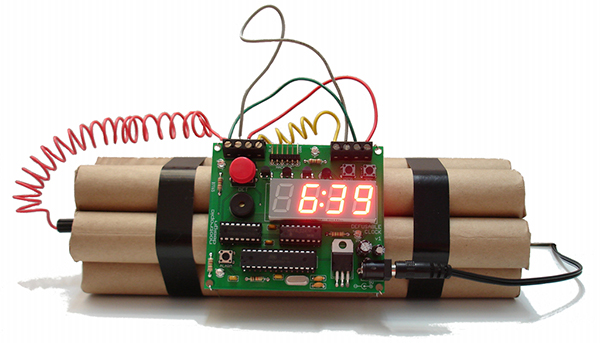 As you can see, the clock has four wires. Only one of them stops the countdown when cut. The other two are decoys and do nothing while one wire will immediately “detonate” the alarm. Obviously the thrill will wear off if the wires had fixed purposes, which is why Krumpus made it so the the role of each wire is randomized each time the sequence is activated.

By the way the countdown sequence isn’t just for the alarm. It can also be activated at any time by pressing the big red button, perfect for Counter-Strike LARPing. Here’s the clock in action:

Yes, you’ll have to replace any wires you cut, but Krumpus says that replacing them will be easy because they’re attached with screw terminals. Krumpus also made a mock C4 version of the clock, just for kicks: 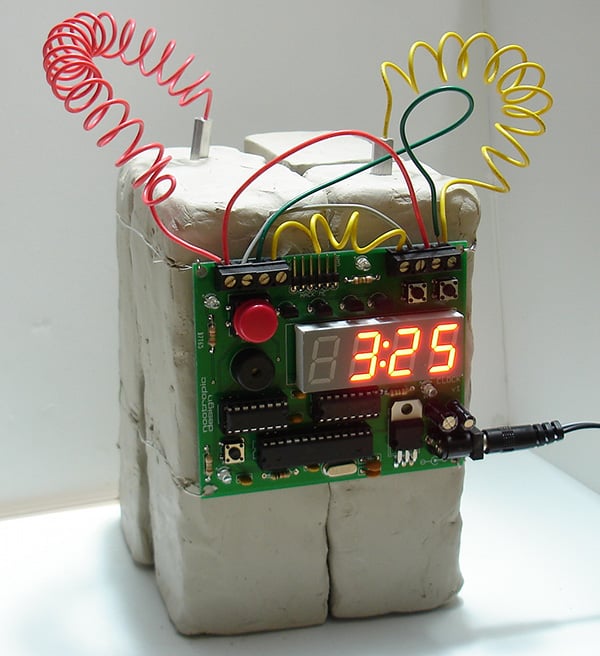 The “bomb” is powered by an ATMega328 microcontroller with an Arduino bootloader. If you didn’t understand a word from that previous sentence either, fret not! Krumpus will be selling a kit this fall so you can have your own Defusable Clock. The kit will only include the electronics, but I’m sure you can cobble together a bomb-looking device. The kit will also be “fully hackable” so Arduino nuts and tinkerers will get more than their money’s worth with this thing.