The Finger Reader Can Read the Fine Print for You

A lot of people use technology for all the wrong reasons, but many more use it to make life better for those who need it. One more for the latter bunch is the Finger Reader, which is an innovative concept by designer Hansub Lee. 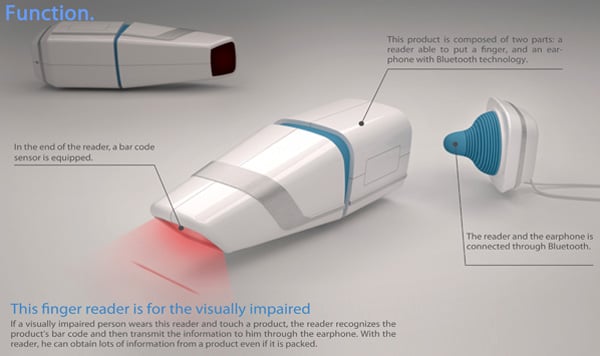 It’s targeted for people who are visually impaired. The finger reader is composed of the reader itself and a Bluetooth earpiece. The tip of the reader is equipped with a bar code sensor that can be used to scan the bar codes of objects and items in grocery stores, clothing shops, and practically every other retail outlet that tags their items right. 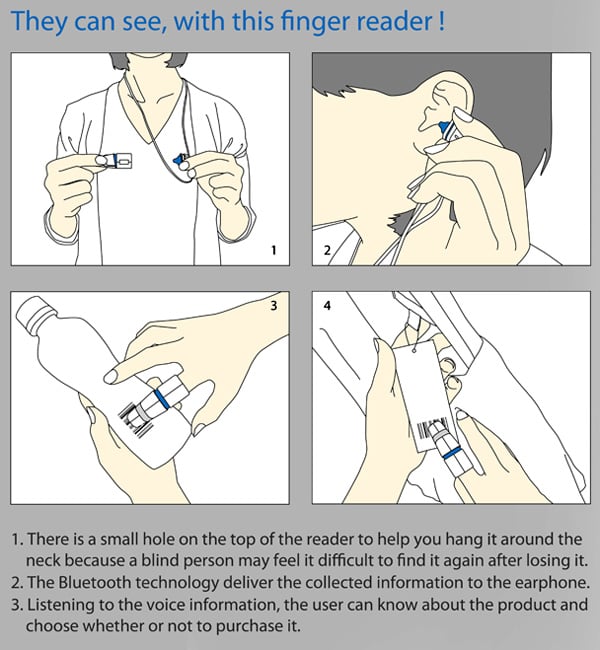 The visually impaired usually rely on their other senses to identify objects, such as holding or feeling the item in their hands or trying to identify it based on the object’s texture. But what if the thing were wrapped or packaged in a box? From the bar code, the Finger Reader pulls up information about the product and relays it to the user via the earpiece.

The Finger Reader is an official entry of the Sparks Award for 2011.