Winter is coming. That isn’t just a reference to Game of Thrones, but it’s also a cold hard fact. Soon it will be chilly. Snow will fall. Ice will form. X-Wings will dash through the snow. Wait what? 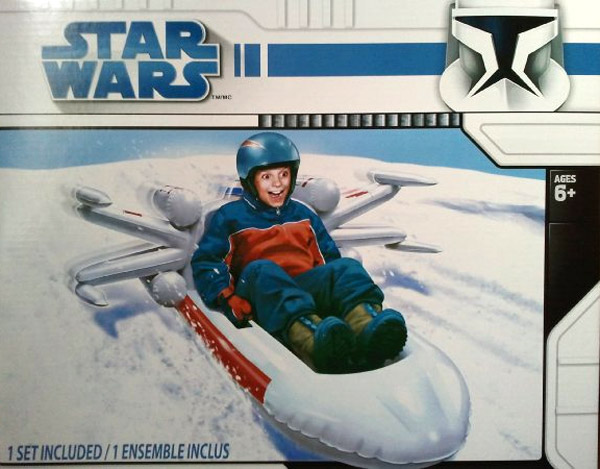 Granted, Snow Speeders and AT-ATs are much more suited to the snow than X-Wing Fighters, but we have to take what we can get. This Inflatable X-Wing was made for sledding down hills, not making a run on the Death Star.

If I had had this sled as a kid, I never would have come inside for hot chocolate. And since this X-Wing has nothing but air inside, it will be super easy to lift it using The Force. I’d get one for myself, but it looks like only kids can fit inside. It’s probably the cheapest X-Wing around at just $19.99 (USD), over on Amazon.