Touchscreen devices eschew the mouse in favor of our fingers, and no mouse means no cursor. Or does it? Mike Mak designed a pair of styli for devices with capacitive touchscreens. By “designed” I mean he took the mouse cursor and mouse pointer and enlarged them. Hence their names – Big Big Arrow and Big Big Pointer. 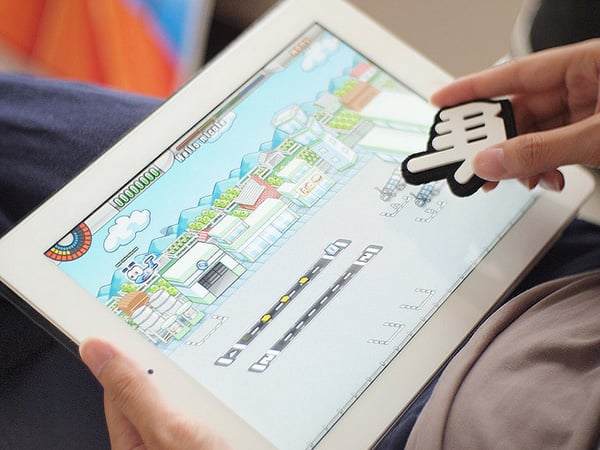 The entire black border around the Big Big Cursors is made of conductive foam, i.e. the thing that makes the stylus work with capacitive touchscreens, so you don’t have to “point” them on the touchscreen the normal way like you would on a desktop computer. Don’t be fooled by their comically large size too, because as the video below proves, they can be used to click, draw and point precisely.

The only thing I don’t buy in the vid is the dirt-free part. Sure, if you use a stylus all the time your device won’t get fingerprints, but if you use your hand to pick up food you can bet some of that will still find its way on the screen even if you use a stylus. You can order the Big Big Arrow and Big Big Pointer for $13 (USD) each at the Big Big Cursor website. Mike should also release a Big Big Hourglass and a Big Big Ball of Death.