While George Lucas would like us all to forget Han Solo did shoot first when confronted by Greedo, at least we have a memento to remember it by. I only wish that when I needed to solder some electronic parts together, I had a soldering gun this cool. 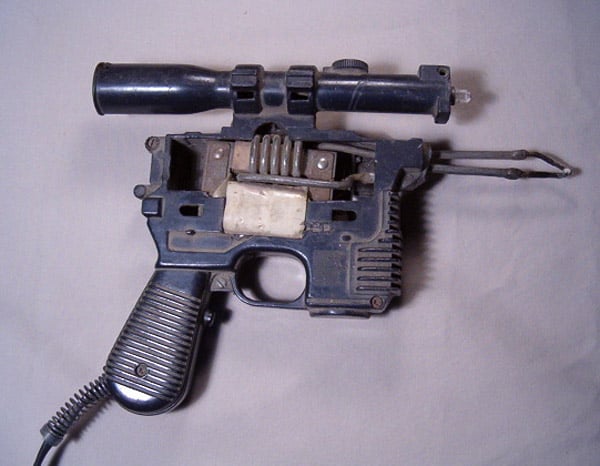 You see, back in 1983, Craig Smith busted his dad’s soldering iron. So to make things right, he took the parts of the smashed up Bakelite iron and “fixed it.” Well, actually, he improved upon it by turning it into Han Solo’s blaster from A New Hope instead – officially dubbing his creation the Han Solderer.

This thing makes me want to run out and make a whole line of soldering irons based on famous movie and video game weapons. Can you imagine a District 9 prawn rifle or a Mass Effect M8 with a hot metal tip? Greedo, get ready to have your ass melted to the bench!

[via Make: via Neatorama]